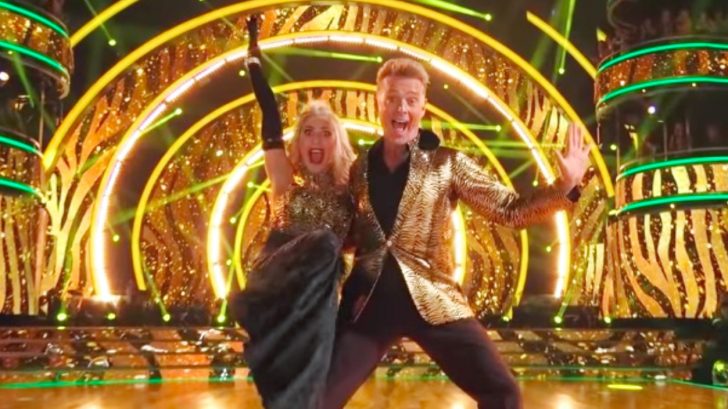 One night that Dancing with the Stars fans anticipate more than any other is the famous Disney Night. Whenever this magical night rolls around, the celebrities and their professional partners bust out their best moves to everyone’s favorite Disney classics.

It looks like a little Disney magic helped out the contestants on Season 27, with two earning near-perfect scores of 29 during the night. One of those dances was Alexis Ren and Alan Bersten’s foxtrot to Pocahontas‘ “Just Around the River Bend.”

The night also marked one celebrity’s personal best score of the season up to that point.

That celebrity is none other than actor and country singer John Schneider, most well-known for playing Bo Duke on The Dukes of Hazzard television series.

Prior to Season 27’s Disney Night, Schneider’s highest score came during week two of the competition. The couples performed two dances that week, with one celebrating New York City and the other capturing the glitz and glam of Las Vegas.

Schneider and his partner, Emma Slater, earned their best score for their New York-themed dance, a charleston set to Sammy Davis Jr.’s “New York’s My Home.” The duo scored a 23 on the routine.

Switching Up The Scores

For several weeks, Schneider and Slater’s personal best score remained the 23 they had earned for their New York dance. But Disney Night changed all of that, as the pairing’s peppy quickstep helped them earn their highest score of the season up to then.

The duo danced to one of the most popular songs from Disney’s 1967 animated film, The Jungle Book. Titled “I Wan’na Be Like You,” the song is performed by the character King Louie, who sings it to the jungle boy Mowgli in the hopes he will teach him how to make fire.

The lively song was the perfect complement to Schneider and Slater’s fast-paced quickstep, which featured a number of speedy steps and turns.

If you have seen the quickstep danced before, you know just how difficult it can be. It requires constant movement, giving you no time to rest or catch your breath.

But Schneider proved he was capable of conquering the quickstep’s challenges, and the judges rewarded him for doing so. He scored an eight from each judge, bringing his total score to 24…his personal best.

Schenider got better with each passing week, eventually earning an even higher solo score of 25 for his jazz routine to John Denver’s “Thank God I’m a Country Boy.” He also earned a 29 as part of a group dance that same week before he was sadly eliminated.

But he can look back on dances like his Disney routine below and feel proud of how far he came in his time on the show!

John & Emma's Quickstep to I Wan’na Be Like You

Posted by Dancing with the Stars on Monday, October 22, 2018