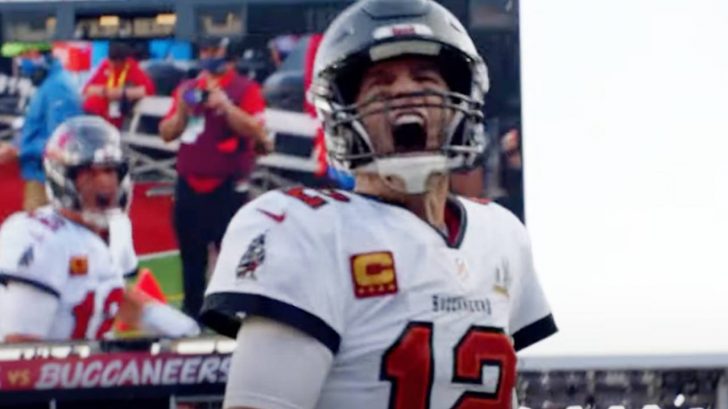 On January 29, ESPN reported that legendary NFL quarterback Tom Brady would be retiring from football after 22 seasons and seven Super Bowl rings.

ESPN’s sources were unidentified, but after the report was published, countless people, including Brady’s teammates, former teammates, friends, fans, and even his company TB12Sports tweeted celebrating the legendary athlete. The NFL even tweeted several congratulatory posts.

TB12Sports tweeted, “7 Super Bowl Rings. 5 Super Bowl MVPs. 3 League MVP Awards. 22 Incredible Seasons. Thank you for it all, @TomBrady,” but it has since been deleted.

Around noon on January 29, Adam Schefter, an ESPN NFL Insider, tweeted a text he received from Brady’s agent Don Yee, which explained that the reports about Brady’s retirement were “speculation.”

Several sites then reported that Brady had not yet come to a decision on his retirement. Jeff Howe, and NFL National Insider for The Athletic tweeted that Brady called his team, The Tampa Bay Buccaneers, himself to let them know he’s “not even close to making a decision” about retirement.

Tom Brady called the Bucs late this afternoon to inform them he's not even close to making a decision about retirement, according to a source.

Tom Brady’s father, Tom Brady Sr., told KRON4 that his son is not retiring. Mike Girardi, who works for the NFL Network, tweeted that he personally reached out to Brady Sr., who said the following:

Checked in with Tom Brady Sr. who tells me, and I quote, "This story Mike is total conjecture. Tommy has not made a final decision one way or the other and anybody else that says that he has is absolutely wrong." #TomBrady #Buccaneers

On Monday night (Jan. 31), Brady will be appearing on the Sirius XM radio show “Let’s Go!” It will air at 7:00 p.m. ET on SiriusXM Mad Dog Radio and on SiriusXM NFL Radio at 7:30 p.m. ET. Because of all these rumors, people seem to think he will be addressing them himself – either confirming his retirement, or saying he will be playing one more year. Guess we will find out later!

After the Buccaneers loss to the Los Angeles Rams on January 23, Brady took to Instagram and said, “I understand that at this stage in my career, there is going to be interest in my future whenever a season ends, but this week, all that is on my mind is the gratitude I have for this team and the fans that have supported us all year long.”

In this off season, @TomBrady’s main focus is his family. Listen to the new episode of ‘Let’s Go!’ to hear more about his offseason plans and his first ever personal foul @SIRIUSXM https://t.co/XHdJl5FWJm pic.twitter.com/s70V6q6CPY

On January 31st’s episode of “Let’s Go!” Brady said he would make the decision about his future “when the time is right.”

Tom Brady on his "Let's Go" podcast said he's still evaluating his options. "I’m still going through the process I said I was going through…think when the time is right, I’ll be ready to make a decision one way or the other.

He also said he is taking things “day by day.”

Brady said "I know there's a lot of interest…when I know, I'll know…
"For me, it’s literally day to day. I’m trying to evaluate everything I do…I'll take it day by day and take it by the moments…''

Well, apparently Tuesday, February 1st was that day. Around 9:30am EST, Brady took to his social media pages to release his own statement regarding his future with the NFL. He shared a photo of himself in a Buccaneers jersey, along with several screenshots of his full statement, seemingly written on the notes app on his phone.

He wrote, “I have always believed the sport of football is an ‘all-in’ proposition – if a 100% competitive commitment isn’t there, you won’t succeed, and success is what I love so much about our game. There is a physical, mental, and emotional challenge EVERY single day that has allowed me to maximize my highest potential. And I have tried my very best these past 22 years. There are no shortcuts to success on the field or in life.”

Then, he got down to what everyone has been waiting for.

“This is difficult for me to write, but here it goes: I am not going to make that competitive commitment anymore. I have loved my NFL career, and now it is time to focus my time and energy on other things that require my attention.”

He continued, “I’ve done a lot of reflecting the past week and have asked myself difficult questions. And I am so proud of what we have achieved. My teammates, coaches, fellow competitors, and fans deserve 100% of me, but right now, it’s best I leave the field of play to the next generation of dedicated and committed athletes.”

He continued thanking everyone who has made an impact on his career including his Buccaneers teammates, the Buccaneer fans, the city of Tampa, the ownership family, the team’s GM, head coach, all the Bucs coaches, “every single Bucs staffer and employee,” Alex Guerrero (Brady’s personal health and wellness coach), his agents Don Yee and Steve Dubin, his parents, friends, and extended fafmily, and lastly to his wife, Gisele, and children Jack, Benny, and Vivi.

Brady called his career a “thrilling ride” and beyond his imagination. He said he will remember all the tough games and fierce competitors as well as the fierce and loyal friendships he made the last 22 years.

Fans were surprised that there was no mention of the New England Patriots or Bill Bellicheck, who he played for for 20 years.

Brady said in his statement that he is excited to work more closely with his three companies.

“I know for sure I want to spend a lot of time giving to others and trying to enrich other people’s lives, just as so many have done for me.”