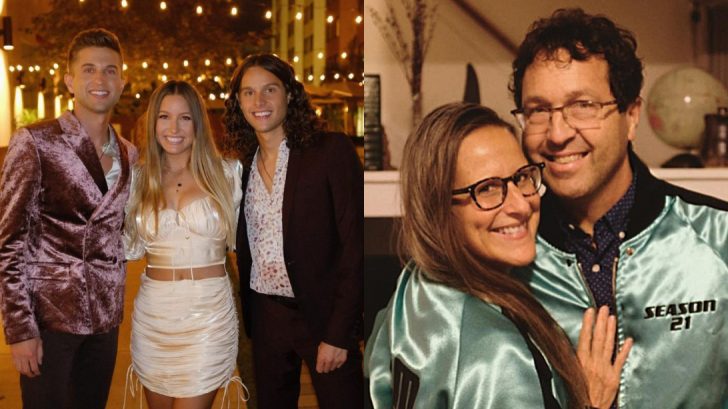 In December, immediately after Girl Named Tom became the first trio to win The Voice, the siblings returned home to be with their dad who was fighting a battle against cancer. The group recently announced that their dad has passed away.

In a post made to Instagram, Caleb, Joshua and Bekah Liechty shared that their dad had passed away and that they were moving forward with their weekend concerts in his honor.

“We have three shows the weekend after our father passed. You may be wondering why we would do that,” Caleb said. “We wanted to be able to get them out of the way so we can really throw ourselves into processing his death and planning for his memorial service.”

“He really wanted us to do these shows. When he was talking about his death, he was like ‘Do not let my death deter you from doing these shows.’ He didn’t get his wish Thursday night, but he’ll be with us tonight,” Joshua said.

According to his obituary, Chris Liechty passed away Thursday, January 27, at the age of 56.

Girl Named Tom shared their dad’s terminal cancer diagnosis while competing on The Voice as part of Kelly Clarkson’s team. During the Battle Rounds, the trio sand Glen Campbell’s “Wichita Lineman” in his honor.

Caleb, Joshua and Bekah credit their parents for their talent and love of music. “We grew up listening to Mom sing in the church choir & watching Dad play drums. We sang as a family quite a lot & at age 9 we were put into piano lessons. Mom loved hearing us play the piano as she did the dishes, and BOY did she have us practice. Dad would often come into our room at night (we shared one room for a time!) and play his guitar and sing us to sleep. He’s got great writing skills & we attribute a lot of our inspiration to him. We are SO grateful for our loving, supportive parents! It was so crazy seeing them cheer for us on the big screen!” the trio wrote on Instagram prior to their season 21 win.

Hear Girl Named Tom sing “Wichita Lineman” in honor of their dad in the video below.