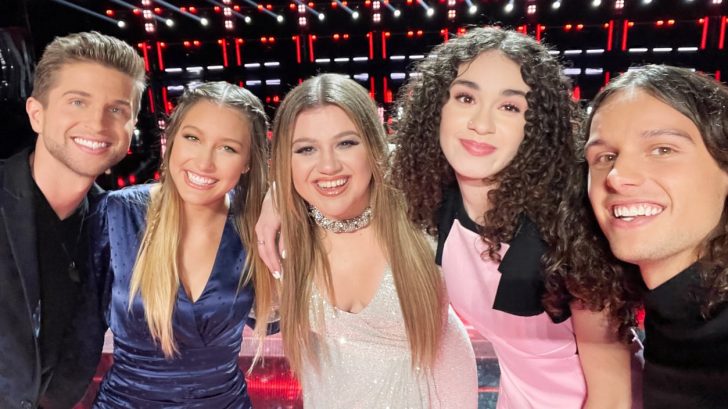 Eight talented artists advanced to the Voice‘s Season 21 semifinals. Only five of them would advance to the finale.

We learned who those five finalists were during the results show that aired on Tuesday night (December 7). This is your warning to stop reading if you don’t want those results to be spoiled!

Four artists were saved by America’s votes. Those artists were Wendy Moten and Paris Winningham of Team Blak, and Hailey Mia and Girl Named Tom of Team Kelly.

Lana Scott (Team Blake), Joshua Vacanti (Team Legend), Jim and Sasha Allen (Team Ariana), and Jershika Maple (Team Legend) were left to compete for the Wildcard Instant Save. In the end, it was Maple who won, leaving Ariana Grande as the only coach with no competitors in the finale.

We're so proud of #TheVoice Top 5. ? See you next week for the #VoiceFinale! pic.twitter.com/mcLafrC3Xk

According to host Carson Daly, Team Kelly’s Girl Named Tom made Voice history as the show’s first trio to advance to the finale. The sibling group took to Twitter to share their joy.

Kelly Clarkson also celebrated Girl Named Tom’s success (and the success of her other finalist, Hailey Mia). She shared a photo with her team, noting they were completely “intact” after the semifinals results show.

“Team Kelly is still intact and ready for finale week,” she wrote along with two heart emojis.

Tune in to the video below to watch Girl Named Tom’s semifinals performance of Joni Mitchell’s “River.” Congratulations to them and all of the other finalists!

Who do you think will win the Voice this season?