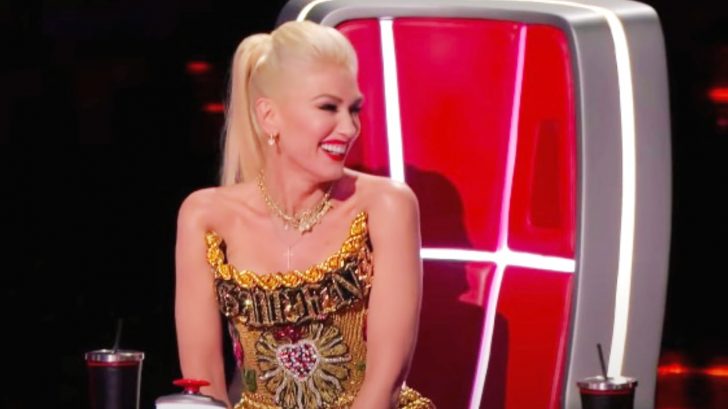 On Tuesday (June 16) The Voice finally named its coaches for Season 19. Blake Shelton, Kelly Clarkson, and John Legend are all returning from the previous season, while one-time coach Nick Jonas chose to depart.

Jonas’ empty red chair will be filled by Gwen Stefani, who coached four prior seasons of The Voice. The last time she was on the show was during Season 17.

When Stefani left at the end of Season 17, Shelton promised that we hadn’t seen the last of her on the show. And he should know, since he is her boyfriend!

Even though he always believed Stefani would come back to The Voice, Shelton still celebrated the announcement that his girlfriend would be one of the Season 19 coaches.

“Y’all hear?! @gwestefani’s back and so is @nbcthevoice!!!” Shelton wrote on Twitter. “See yall [sic] in the fall!”

Y’all hear?! @gwenstefani’s back and so is @nbcthevoice!!!! See yall in the fall! @johnlegend @kellyclarkson https://t.co/5rY3tfHpzL

Stefani also celebrated her return to the show with a short and simple message on social media. She shared The Voice‘s announcement about the Season 19 coaching lineup and wrote, “Cannot wait!!”

She also included a heart-eyed smiley face emoji and signed off in her typical style, writing “gx.” She ended the post with the hashtags #TeamGwen and #TheVoice.

Stefani has never won The Voice before, so perhaps Season 19 will finally be her season! If she wins, she’ll be taking the crown from her boyfriend, since Shelton is the reigning winner among the coaches.

Based on how Shelton and Stefani have interacted during past Voice seasons, we expect a lot of playful bickering and flirtatious banter between the two of them in Season 19. Watch some of their past interactions on The Voice below.