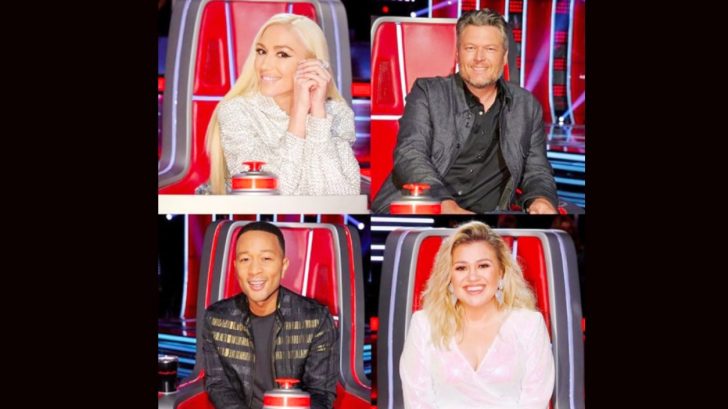 Usually, The Voice names the coaches for its next season while one season is still underway. But the current world environment surely threw a wrench in the show’s plans to hold auditions before the new season’s typical debut date in the fall.

This may be why The Voice still had not named any Season 19 coaches while Season 18 was still on the air. The show may have been trying to figure out how a fall season could continue before it made any big announcements.

But it seems The Voice ironed things out, because the show announced on Tuesday (June 16) that it will indeed return in the fall, and named the season’s coaches.

Nick Jonas, who was a first-time coach during Season 18, will not coach the show’s 19th season in the fall. Instead, his chair will be occupied by someone who has coached four prior seasons of The Voice…Gwen Stefani.

“@gwenstefani is back in that iconic chair,” the show’s announcement read on Instagram.

@gwenstefani is back in that iconic chair. #TheVoice returns this fall with @BlakeShelton, @KellyClarkson, @JohnLegend, and @GwenStefani. ?

Stefani last served as a coach on The Voice during Season 17. After she left, Shelton (who has been dating Stefani since 2015) told fans they definitely hadn’t seen the last of her on the show.

It looks like Shelton was right! Stefani is back, and we can’t wait to see her challenge her boyfriend’s winning title when she returns to coach Season 19.

This same batch of coaches worked together during Season 17, so we already have an idea of how they’ll interact with each other. Look back on some of their outtakes from that season in the video below!

What do y’all think about the coaches for The Voice‘s 19th season?