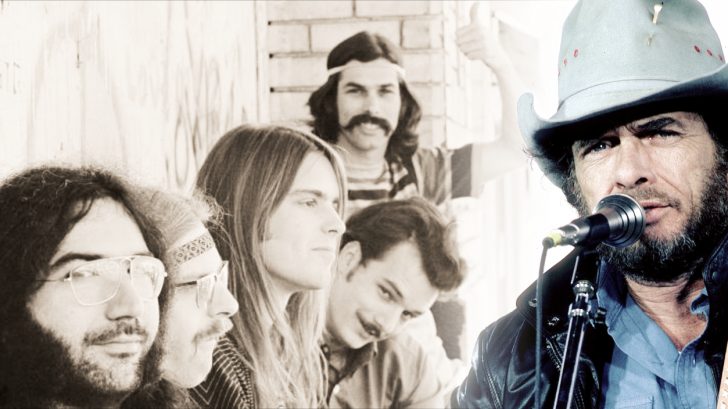 Merle Haggard wrote “Mama Tried” in 1968 about his own experience in prison and how it caused his mother pain and suffering. In the song, he talks about the difficult time his mother had trying to get him on the straight and narrow path.

“In spite of all my Sunday learning, towards the bad I kept on turning/’Til mama couldn’t hold me anymore.” He goes on to explain that even though she tried her hardest to keep him safe and out of trouble, he still “turned 21 in prison doin’ life without parole.”

Haggard’s hit topped the charts at #1 on Billboard Hot Country Singles and held steady for four full weeks. No wonder The Grateful Dead decided to cover it!

They actually covered the song over 300 times throughout their musical career but there are very few recordings of their “Mama Tried” performances. One such recording is a vintage film from 1969’s Woodstock.

The performance was met with many different difficulties from the start. As a result of heavy rains, the stage was sagging under The Grateful Dead’s weight. They also dealt with electrical hazards from the water running onto their electronic instruments.

In an interview with David N. Bromberg, Grateful Dead’s frontman, Jerry Garcia explained just how bad it was saying, “There were about a hundred people on stage with us, and everyone was scared that it was gonna collapse. On top of that, it was raining or wet, so that every time we touched our guitars, we’d get these electrical shocks. Blue sparks were flying out of our guitars.”

Despite the many challenges that came along with playing at Woodstock, the band was able to push through and put on one of their famously long sets. You can watch the compiled footage below and let us know what you think in the comments!