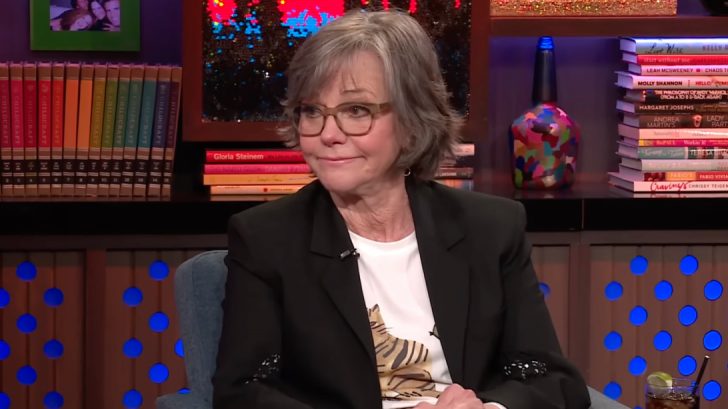 Sally Field has revealed which actor gave her what she considers her worst on-screen kiss.

In an interview on “What What Happens Live with Andy Cohen” on Thursday (December 1), the 76-year-old actress responded to a fan who asked who her worst on-screen kiss was. Field answered, “Oh boy. Should I really name names here?” To which Cohen responded, “I think you should.”

Field then admitted that her ex-boyfriend, Burt Reynolds, whom she was dating at the time, was the worst kiss.

“This is gonna be a shocker. Hold on folks. Burt Reynolds,” Sally said. “It just was not something he did very well. I could go into detail, but you don’t want to hear it.”

With some encouragement from Cohen, the “Steel Magnolias” star finally admitted that one reason the kisses were bad was because “a lot of drooling was involved.”

Sally Field and Burt Reynolds first met in 1977 on the set of their movie, “Smokey and the Bandit.” The pair dated off and on for five years.

Prior to Reynolds’ death in 2018 at the age of 82, the actor called Field the love of his life. But, it was a feeling she didn’t reciprocate.

“He was just not good for me in any way. And he had somehow invented in his rethinking of everything that I was more important to him than he had thought, but I wasn’t,” Field told Variety. “He just wanted to have the thing he didn’t have. I just didn’t want to deal with that.”

See a clip of Sally Fields’ interview with Andy Cohen below.