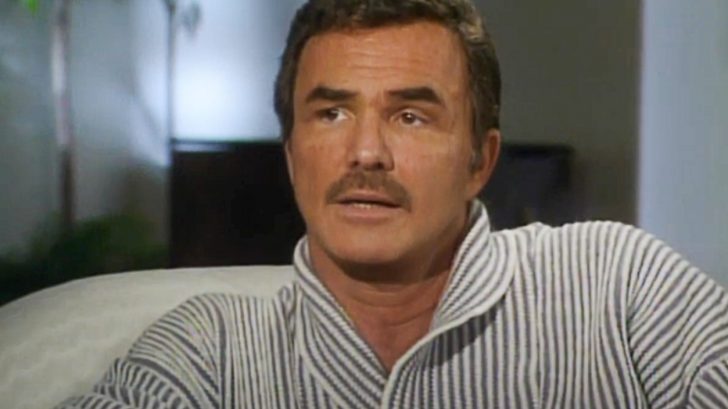 One of the most lauded actors from blockbusters in the 1980s and 90s, Burt Reynolds was truly a Hollywood Star and built an empire of wealth and accolades during his career in showbiz.

Burt Reynolds #BOTD One of the great movie stars of his era. Gone but not forgotten. ?❤️?️ #film #movies #cinema pic.twitter.com/Usa12Hh9J2

A heartthrob famous for his mustache and often-shirtless scenes, Reynolds was known as a true ladies’ man. In his personal life, he had several high-profile romances with famous women that included the likes of Farrah Fawcett, Dinah Shore, Judy Carne, and – of course – Sally Field.

But, it was his very brief marriage to Loni Anderson in the late 80s that produced his only offspring – an adopted son named Quinton.

His split from Loni was famously bitter and came to a head as a near-public feud.

Reynolds once claimed to have caught her cheating on him and insulted Anderson in numerous other ways. She returned the barbs with her own accusations of physical abuse and drug use. Furthermore, she claimed he was not dutifully paying his child support as ordered.

Regardless of their split and the late-stage finalization of their divorce just three years before his death, Burt Reynolds went through great lengths to cut his only son out of his Final Will & Testament as early as 2011- which became publicized in 2018 after he died of a heart attack.

At the time of his death, Loni Anderson expressed sadness over his passing in a quote from Fox News:

“Quinton and I are extremely touched by the tremendous outpouring of love and support from friends and family throughout the world. Burt was a wonderful director and actor. He was a big part of my life for twelve years and Quinton’s father for thirty years. We will miss him and his great laugh.”

Nancy Lee Brown Hess, Reynolds’ niece, was named the executor of his will and at the time of his death, his fortune had dwindled from a once-massive $60 million to a paltry $5 million.

Inside the will a special section specifically removed Quinton from future inheritance of the document, stating “I intentionally omit him from this, my Last Will and Testament, as I have provided for him during my lifetime in my Declaration of Trust.”

Reynolds, who adored his son, once called him “my greatest achievement” and said that he was “so proud of him.”

But, the move to leave Quinton out of the will is a shrewd legal strategy that was more for his son’s benefit than it appears. You see, Reynolds had already established a Trust for Quinton from which he would draw whatever inheritance his father had set aside according to the terms of the Trust…but it would be excluded from additional taxation or subject to paying his father’s debts at the time of his passing.

Watch the video below about Reynolds’ most-iconic roles.