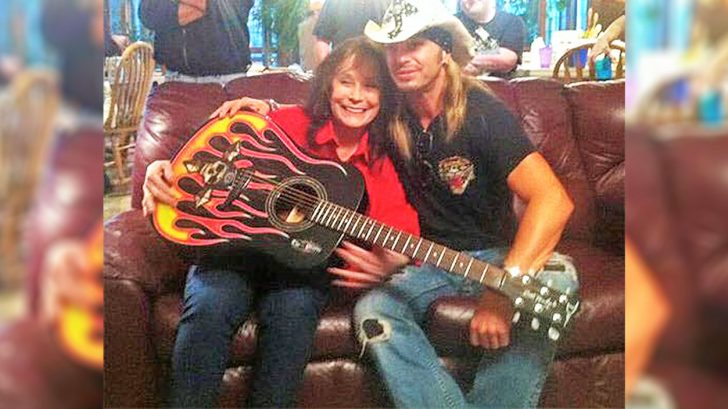 It was the song that took the late 80s by storm. A powerful love ballad that describes heartbreak turned into a sad acceptance of circumstance. The song, “Every Rose Has Its Thorn” would go on to become American glam metal band, Poison’s signature song.

In 1988 Poison released the third single from their album, Open Up and Say… Ahh!. The power ballad, “Every Rose Has Its Thorn” was an instant hit, reaching number one on the charts and maintaining its top spot for several weeks. Since its release, the song has made its way onto three of VH1’s “Greatest Songs” categorized lists including 100 Greatest Love Songs.

On this day in Poison history “Every Rose Has Its Thorn” hit #1 on the @Billboard charts! pic.twitter.com/Y1cLAOyynb

The song made a large impact in the media as well being featured in several movies and TV shows. But it was an early 2013 version of the song that gave it the country treatment it longed for.

As part of Poison’s lead singer, Bret Michaels’ fifth studio album, Jammin’ with Friends, he invited a country queen to accompany him on the hit. Loretta Lynn featured her powerhouse vocals for the love song in a duet style with Michaels. Although their voices may be polar opposites, their harmonies work together beautifully.

A great day in my life with my good friend and country music legend Loretta Lynn Official. Here is to great friends…

Turns out, Michaels and Lynn were actually longtime friends. Just a couple years before their duet, Lynn and her family invited Michaels to Thanksgiving dinner. The pair spent lots of quality time together outside of the recording booth including at Lynn’s farm.

I cannot thank Loretta Lynn and her family enough for inviting us into her home for Thanksgiving.

After Loretta Lynn passed away in 2022, Michaels posted a video in honor of her.

Take a listen to Bret Michaels and Loretta Lynn on “Every Rose Has Its Thorn.”