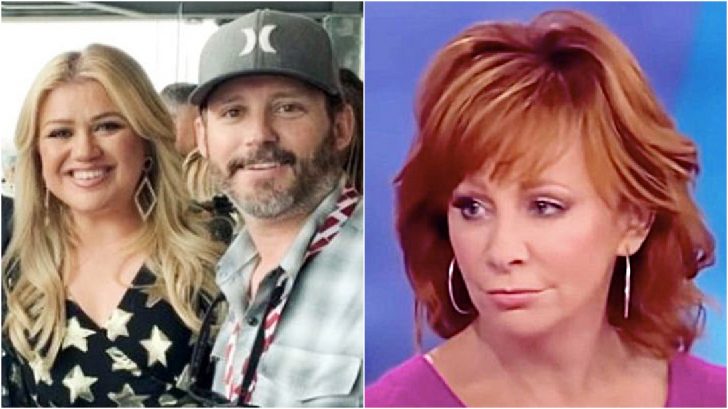 American Idol winner Kelly Clarkson and her husband of seven years, Brandon Blackstock, are officially divorced. In a recent interview, Kelly’s former mother-in-law, Reba McEntire, spoke out about the split.

Clarkson married Blackstock, the son of Reba’s ex-husband Narvel, in 2013 after two years together. But, in 2020 things went south for the couple and Clarkson filed for divorce in June, citing “irreconcilable differences.” The news came after the couple and their two children, River and Remington, were locked down in their Montana ranch for several months.

The “Stronger” singer addressed her public divorce during an interview with Hoda Kotb on the TODAY Show, saying:

“You can ask anyone who’s gone through a divorce, I don’t think anyone expects it. You see yourself growing old with someone and then life has a different path. It’s so hard on everyone, and you know me, I’m really open. I try to be open and share … We all go through things. But at the same time, we have four kids total with each other. That’s a lot of hearts involved, and you just have to be really careful. … We’re in the public eye so that’s hard too, to try and be truthful but also keep your privacy.”

Until now, Clarkson’s former mother-in-law, Reba, has remained quiet about the split. But, in a recent interview with Extra, the country super star reacted to Kelly and Brandon’s divorce, offering a diplomatic response when asked if she’d had an opportunity to give Clarkson advice “as she goes through her divorce, as a woman and mother in the spotlight?”

McEntire replied, “You know, I love them both. Brandon’s my stepson, Kelly’s my good friend… I am pulling for both of them. I hope they’re happy and healthy and pull though this. I pray everyone gives them the encouragement they can because they need it right now, both of them do. I love the both of them with all my heart.”