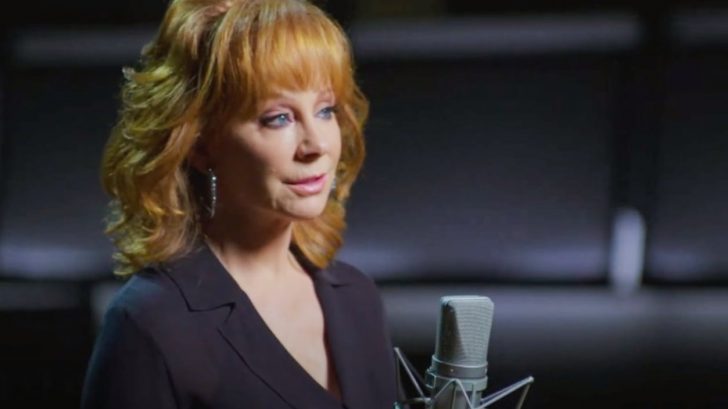 In October 2020, some of country music’s brightest stars came together to show support for the Country Music Hall of Fame and Museum in Nashville. Artists such as Tim McGraw, Kane Brown, Miranda Lambert, and Reba McEntire performed during an event dubbed BIG NIGHT (At the Museum) with the purpose of raising funds for the CMHOF.

The artists who participated in the fundraiser performed songs made famous by the artists who came before them. Several of the performers even got the chance to play their idols’ instruments during their tributes.

But in McEntire’s case, she delivered her performance without any instruments at all. A single spotlight shone down on her as she sang an a cappella rendition of a country classic, “Sweet Dreams.”

“Sweet Dreams” was written by Don Gibson and his recording was released in 1955. It was a Top 10 hit, but soon a rendition by Faron Young became even more popular.

However, it was Patsy Cline‘s 1963 version of the song that went on to become known as the most iconic. It was released posthumously, and went on to claim the #5 spot on the Hot Country Songs chart. The song later became the title of the 1985 biopic about her life, Sweet Dreams.

After Cline experienced such success with the song, other artists followed in her footsteps. More renditions were recorded by artists such as Emmylou Harris, Tommy McLain, and McEntire.

McEntire released her take on “Sweet Dreams” in 1979. Her recording became her first solo Top 20 hit, and claimed the 19th spot on the Hot Country Songs chart. For years, she closed her concerts by delivering an a cappella version of the tune.

But following the 1991 plane crash that claimed the lives of seven of her band members and her tour manager, McEntire found it too difficult to sing “Sweet Dreams” any longer. It was just too painful for her.

Now, all these years later, McEntire revisited the song for BIG NIGHT (At the Museum). Not only was her performance a tribute to Cline, but a tribute to her tour manager and band members she lost in 1991.

Tune in to the video below to watch McEntire’s stunning rendition of “Sweet Dreams.” After all this time, listening to her sing this still gives us goosebumps.