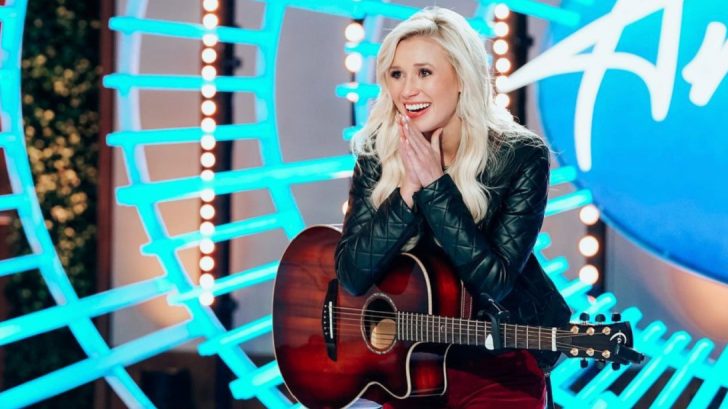 Week three of American Idol auditions aired on Sunday night (March 13) and brought us a classic country cover that we didn’t know we had been waiting to hear. Singer-songwriter Emily Faith Sanders came through in a big way with a cover of the Waylon Jennings and Willie Nelson classic “Good Hearted Woman.”

The 21-year-old Oklahoma native surprised the Idol judges when she introduced herself as a singer-songwriter with a unique side hustle….a funeral home worker. Sanders explained that her family owns a funeral home and she sometimes helps her dad with cosmetology on his “customers.”

In an interview with her local media, Emily Faith said that her experience singing the national anthem at Oklahoma City Thunder games and opening for some of the biggest names in Christian music (i.e. the Newsboys and For King and Country) didn’t her nerves when it came to singing in front of the Idol judging panel.

In addition, Emily had been battling bronchitis and laryngitis prior to the audition.

“We were like pumping me full of all the vitamins and immunity-booster shots that we could,” said Emily. “So that was also playing a part in the nerves and just hoping that I was gonna get through it without you know, having a coughing fit.”

The nervousness was in vain as Emily took her place in front of the judges and she delivered an “authentic” cover of one of country music’s greatest classics, “Good Hearted Woman.” The judges voted unanimously to send her through to the next round of the competition in Hollywood.

Watch Emily Faith’s American Idol audition in the clip below.