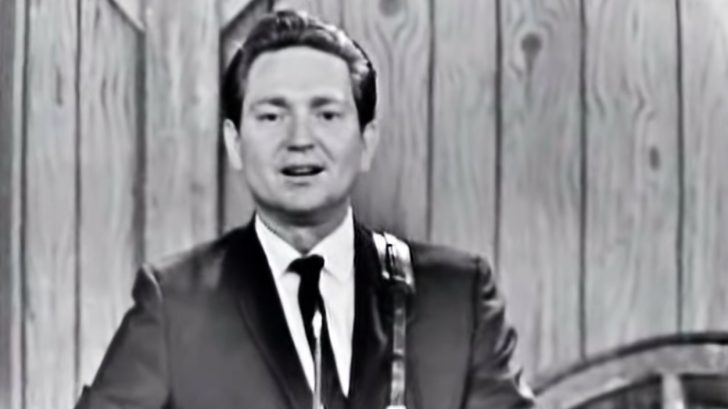 At just 32 years old, this iconic country music singer donned a completely different look than the man many are familiar with today. It was more than 54 years ago – so there’s no doubt he’s made a few changes since then.

Willie Nelson, who got his first big break just a handful of years prior, was a rising star on the country charts and this performance on The Porter Wagoner Show helped launch him into stardom.

After moving to Nashville in 1960 and unable to find a record label that would sign him – Nelson began gigging and playing local bars and clubs. He often took up time at Tootsie’s Orchid Lounge near the Grand Ole Opry and that’s where he first met Hank Cochran, a now-famous songwriter.

Cochran had overheard Nelson during a jam session earlier and was able to convince his publishing company to sign him. Not but a short time later, country singer Faron Young heard him sing “Hello Walls” at Tootsie’s and leapt at the chance to record it.

Young’s recording was released in March 1961 – and quickly soared all the way to No. 1.

The rare 1965 episode has been remastered in exquisite detail and shows Wagoner introducing young Nelson before he strums his guitar and jumps right into the song.

These first pivotal years of Nelson’s career would bring about some of the biggest hits of his lifetime and of other artist’s lifetime – like Patsy Cline’s “Crazy” which he wrote in 1961.

Truly, Willie Nelson was destined to be a master and legend in country music. Today, he’s known for many more hits beyond “Hello Walls” and “Crazy” and has donned a set of braids, carries his favorite guitar with him, and is still performing shows even though he’s nearly 90!

Watch this stunning glimpse into his past below – but be warned, you probably won’t even recognize this fella!