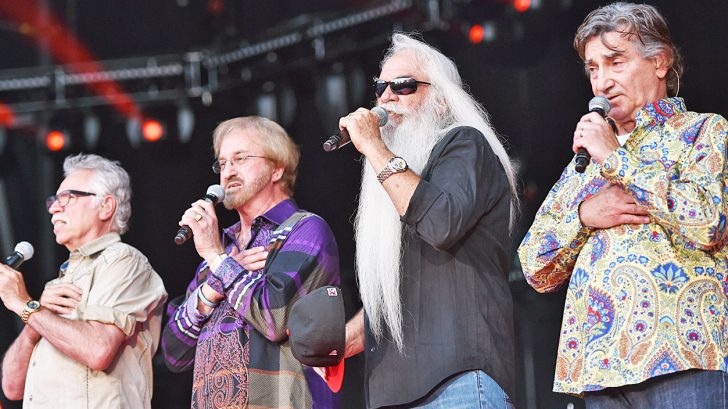 On Thursday (January 18), the Oak Ridge Boys revealed some news that had fans of the legendary group rejoicing. As they announced via a press release, they will be releasing a brand-new album in March, which will be titled 17th Avenue Revival.

Those who have listened to the Oak Ridge Boys’ earliest music know that they started out as a gospel group. The fellas are turning back to their gospel roots for 17th Avenue Revival, which will feature overall influences from black gospel music and early rock and roll.

But in the midst of this exciting time, the Oak Ridge Boys also have some sad news to share. As they revealed on Tuesday morning (January 23), one of their best friends and colleagues passed away.

In a post to Twitter, the Oak Ridge Boys wrote that they lost their “brother” Al Zar, who was also their promoter. The Oak Ridge Boys said they learned that Zar had passed away overnight, writing, “No more pain…it’s all Jesus now…”

“The Oak Ridge Boys have a rare knack of making the audiences feel special and that the performance is aimed right at them. Each and every Oak Ridge Boys performance is as sincere and genuine as it gets. It’s warm and comfortable, patriotic and spiritual, and filled with great energy. It is a full evening of entertainment with friends.”

Even through their short tweet, it was clear how much the Oak Ridge Boys cared about Zar. They took the time to show their appreciation for all of his hard work, writing, “We will miss you man. Thanks for all you have done for us over all these years.”

Our friend, our brother, promoter and associate went home during the night … Rest Easy Al Zar… We will miss you man. Thanks for all you have done for us over all these years… prayers for Chris!! No more pain… it’s all Jesus now…

When the Oak Ridge Boys announced the upcoming release of 17th Avenue Revival they also debuted a new song, titled “Brand New Star.” The gospel-tinged tune is about mourning someone who has passed away, but it takes on an almost celebratory approach, rather than a sad one. Some of the lyrics go as follows: “I’m gonna miss you every day, but I know that you’re alright. There’s a brand new star up in heaven tonight.”

After learning of Zar’s passing, we feel that “Brand New Star” is the perfect Oak Ridge Boys song to share with you today. Our prayers go out to the Oak Ridge Boys and all of Zar’s loved ones during this difficult time.