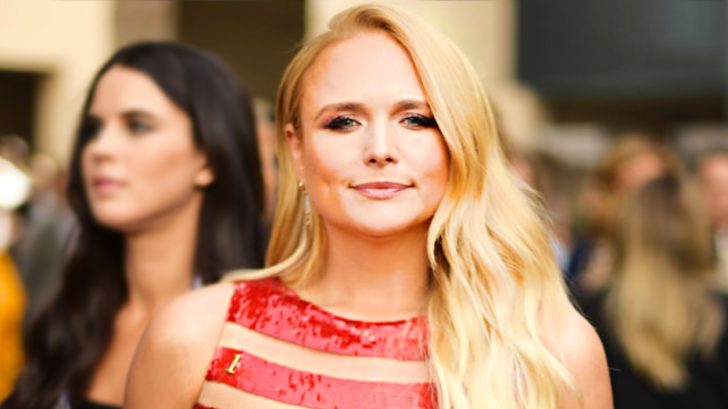 Each and every one of the tracks on Miranda Lambert‘s 2016 double album The Weight of These Wings is fueled by emotion. While the record certainly contains her signature feisty songs such as “We Should Be Friends,” most of the tracks tap into a place of pain.

The source of pain was her 2015 divorce from fellow country superstar Blake Shelton. Rather than speak publicly about the split, Lambert chose to channel all of her feelings through her music:

“2015 pushed me into a writing mode I’ve never been in before,” Lambert said in an interview with Rumor Mill. “It’s very humbling to be hurt, and I have to be honest. My fans expect that from me.”

In the time since The Weight of These Wings has been released, Lambert has often referred to the pain and heartache she has experienced throughout her life. Following rumors that she split from Anderson East, her boyfriend of two years, Lambert started talking openly about the topic of heartbreak at her concerts.

Just after those rumors cooled, Lambert found herself the subject of tabloid headlines yet again when it was rumored that she is now dating Turnpike Troubadours lead singer Evan Felker. Lambert has come under fire for this rumored relationship, as it has been reported by outlets such as People that he was still married when they met and became romantically involved.

In her typical style, Lambert has avoided answering any questions about a breakup with East or a new relationship with Felker. But in her tell-all interview with Rumor Mill, she admitted that she is just as much of a heartbreaker as she is someone who gets her heart broken:

“I am who I am. I am honest about being flawed. That’s all I can be, you know? I cuss. I drink. I get divorced and get my heart broken. I break hearts.”

Lambert says that she will always channel those raw feelings and not-so-pretty moments from her life into her music. Why? Because she knows that people out there are going through the same things, and hopes they can connect to the songs:

“It’s unpleasant, believe me. It’s unpleasant for me sometimes to write it down and sing it into my phone. Oh, I hurt myself, you know, and I’m glad I did because I hope it hurts somebody else too. It lets it out.“

Tune in below to listen to Lambert poor all of her emotions into “Vice,” the first single she ever released off of The Weight of These Wings.

What do y’all think of what Lambert had to say in her interview?