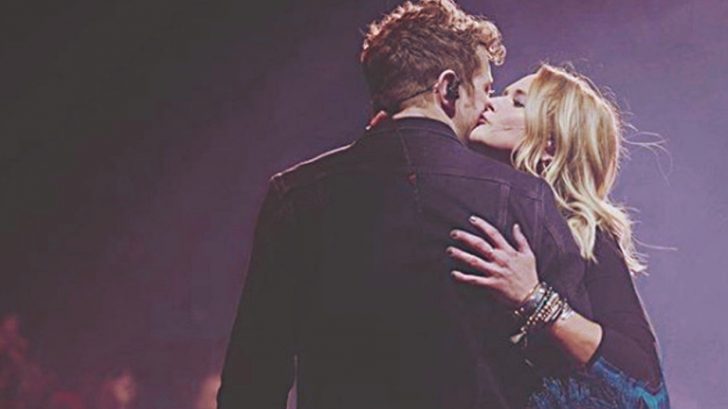 Over the course of the past week, reports have flooded in claiming that Miranda Lambert and her boyfriend of two years, Anderson East, have split. The reports vary, with some saying it was East who called things off, while others state Lambert was the one who ended it.

Many reports state that the couple grew apart due to their busy schedules. Both are currently on tour, and haven’t been spotted together publicly in months.

The last time either said anything about the other on social media was in January, when Lambert shared this picture on Instagram…

About to watch this Hottie @andersoneast on @todayshow! #happyalbumreleaseday #? #Encore

Fans were quick to notice that East hasn’t said anything about Lambert on social media since November. He is also no longer following her on Instagram, though she is still following him.

As the breakup rumors have whirled around them, Lambert and East have kept quiet. When People reached out to the singers’ reps for comment, Lambert’s rep declined to say anything, while East’s rep did not respond.

Lambert may have finally hinted toward the breakup rumors for the first time during her show in Knoxville, Tennessee on Thursday (March 1). Leading up to her performance of “Tin Man,” Lambert took the time to talk about heartbreak:

“I make it my mission every single time I step on the stage that no matter what, no matter where I am, I want to make you feel everything you could possibly feel,” Knox News quotes Lambert as saying. “I want you to feel sad, mad, happy and nostalgic and really pissed sometimes. That’s my favorite. And part of feelings is also heartbreak unfortunately, but fortunately for me, I can use it for my art or whatever.“

From there, Lambert moved in to singing “Tin Man,” and it was surely just as emotional of a performance as ever.

While Lambert’s words could have just been about heartbreak in general, we can’t help but wonder if it was her subtle way of addressing a split with East. For now, the rumors of the breakup remain unconfirmed.

What do you think of what Lambert had to say? Do you see this as a sign that she and East are over?