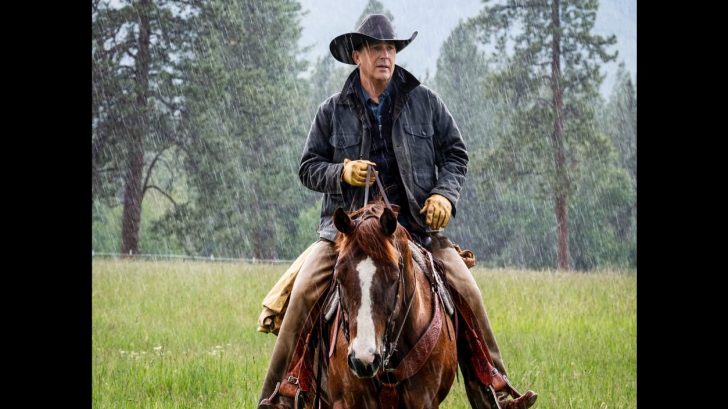 The fourth season of Yellowstone is finally going to debut on November 7. The premiere comes over one year after the series’ third season ended on a cliffhanger, leaving the fates of several of the main characters up in the air.

Cast members have remained tight-lipped about what happens in the show’s fourth season. Though teasers and trailers have made it obvious that some characters will be seeking revenge.

The series’ lead character, John Dutton, is played by Kevin Costner. When we last saw John in Season 3 he had collapsed on the side of the road after being seriously injured by people who wished to cause him harm.

Only time will tell if John makes it through, because Kevin is not spilling the beans. Though he did briefly speak about the show’s fourth season during a backstage interview with Extra at the Ryman Auditorium.

“I think the foot’s gonna be on the gas for this one,” Kevin said about the fourth season.

So it sounds like things are going to get intense!

You can watch Kevin’s full interview with Extra in the video below. Even though he couldn’t say much about the show’s fourth season, the little bit he did say makes us all the more excited for its premiere date.

Will you be tuning in to the debut of Yellowstone‘s fourth season? It sure has been a long time coming!