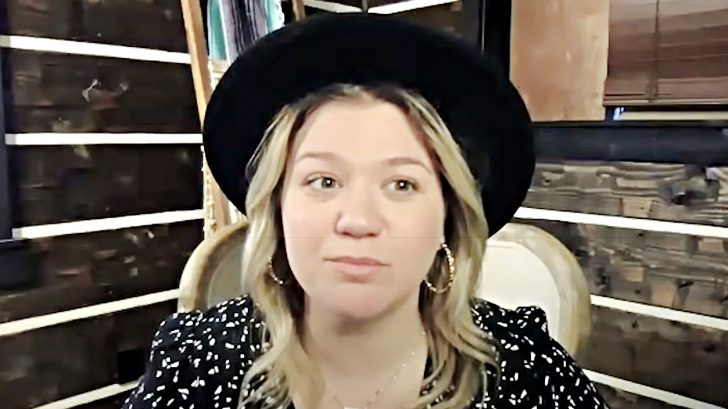 In a recent interview with Glamour Magazine UK, Kelly Clarkson revealed she has been on an “emotional roller coaster” with all that has been going on.

When asked how she is coping, Kelly explained that it’s been really hard to be a working parent while quarantined at home with her family and still performing her normal job duties.

“It’s been exhausting honestly, cooking every meal and cleaning nonstop after toddlers and teenagers! Everybody’s learning from home now and the teaching! So, everything has been crazy,” Kelly shared.

Kelly said she has been having to remind people she works with that she’s doing the best she can under the circumstances. She says she has to remind them that she is a fully-involved mom saying,  “you hired a mom and I’m not an absentee mom. I’m a full-on mom. I already have abandonment issues, so I don’t want to pass those down.”

She is juggling being a full-time mom as well as all of her current roles as a host of her own Emmy-nominated talk show, The Kelly Clarkson Show, a coach on The Voice, and releasing a new single, “I Dare You.”

It’s the show's first season and it’s nominated for 7 awards, including Best Host.

She continued to say that is why she writes songs; to connect with people she doesn’t know and that while coaching on The Voice she has connected with one of the artists who shares a similar background as her. Kelly says she appreciates being able to look at her and say, “Look, you don’t ever get over that. It’s always going to present itself. You get married and you’re like, “Oh, I have no one for the dance or to walk me down the aisle. You know what? I’m not going to get married, just going to elope.”

Kelly also shared that she feels it’s important to take the hard things in life and turn them into a positive, not to wallow in self-pity. She believes it’s a choice in how you react to certain situations in your life saying, “It’s a choice, whatever cards you’re dealt, what you do with them. And we all don’t make those right choices all the time.”

According to documents obtained by The Blast , the 38-year-old American Idol winner filed for divorce in Los Angeles on June 4, 2020. Clarkson has not publicly addressed the news.

The couple began dating in 2012, were married in 2013, and share two children together – a five-year-old daughter, River Rose, and four-year-old son, Remington Alexander. Brandon also has two other children from a previous marriage.

Kelly gives us a glimpse of her family’s everyday routine on the ranch.

Kelly was her authentic self during the interview, like she always is. Just one of the many reasons we all love her.