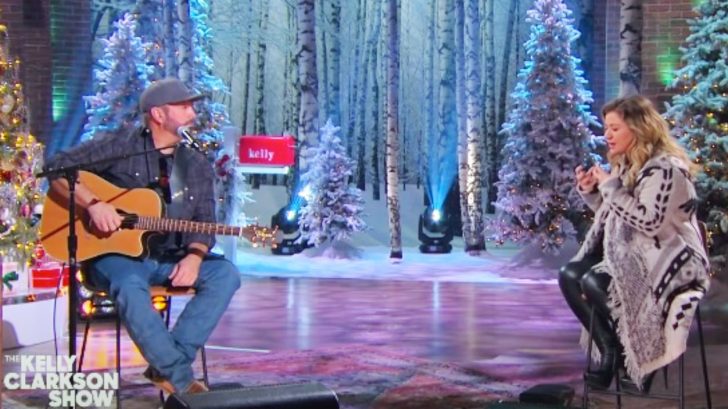 In June 2020, Kelly Clarkson filed from divorce from her husband Brandon Blackstock, who she married in October 2013. Brandon had two children from a previous marriage, Seth and Savannah, who Kelly was close with.

In November 2020, People reported that Kelly had been granted primary physical custody of River and Remington. She addressed her ongoing divorce on her talk show, The Kelly Clarkson Show, saying how “horrible” the whole process has been.

Kelly has continued to speak candidly about her split from Brandon. One one episode of The Kelly Clarkson Show, she spoke with Garth Brooks about how one of his most iconic songs has helped her during this difficult time.

“I couldn’t quite nail down the feeling,” Kelly said when speaking about all the emotions she felt after filing for divorce. “I was like ‘well I’m not like, you don’t want to crap on it, like you don’t want to say that didn’t count or matter. But you don’t know what to put in it because it didn’t work out how you wanted.”

She said as she was having these thoughts, one of Garth’s songs came on.

Kelly said the song perfectly captured everything she was feeling following her split from Brandon. She said it was such a powerful moment for her after growing up hearing “The Dance” her whole life.

“I sang that song from childhood, and it never hit me,” she said.

She told Garth that after hearing “The Dance” in that moment, she got inspired to write a song about her own heartbreak. The song appears on her next album, and we can’t wait to hear it.

Listen to Kelly speak with Garth about how much “The Dance” has meant to her by checking out the video below.