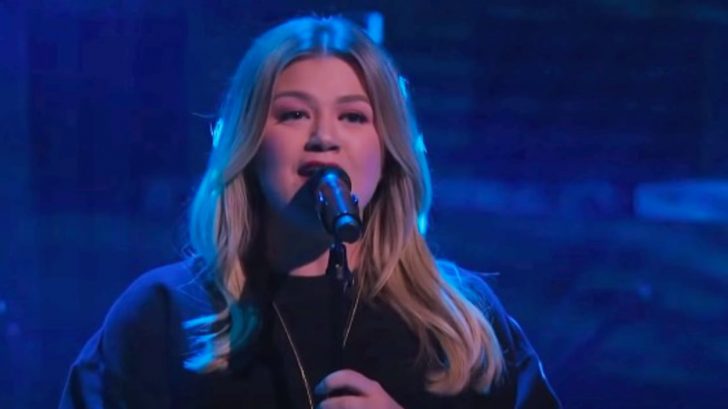 Kelly Clarkson uses the “Kellyoke” segment of her talk show to honor some of her musical heroes and favorite songs. She often covers country music icons, or people connected to the country genre such as Linda Ronstadt.

On one episode of The Kelly Clarkson show, Clarkson offered a nod to Ronstadt by performing “Blue Bayou.”

Although Ronstadt’s recording of “Blue Bayou” is famous, few know that the song is not original to her. It was actually first recorded by Roy Orbison, who also co-wrote the track with Joe Melson. Orbison released his recording in 1963.

14 years later, Ronstadt released her cover of “Blue Bayou” as a single off of her album Simple Dreams. It went on to reach the third spot on the all-genre Billboard Hot 100 and has become known as Ronstadt’s signature song.

Since Ronstadt released her recording, dozens of other artists have followed her lead by covering “Blue Bayou” on their own. Clarkson now joins that group of artists with her “Kellyoke” cover of the song.

Because so many artists have covered “Blue Bayou” in the past (and because Ronstadt’s rendition is so legendary), listeners tend to be critical of any new renditions. But people had overwhelming positive things to say about Clarkson’s version of the song.

One Twitter user told Clarkson her performance of “Blue Bayou” was one of her best “Kellyoke” covers to date. Read that reaction and a few others…

One of the best yet.

@kellyclarkson Awesome job on "Blue Bayou" . You can sing anything

Finally! I've been waiting for Kelly to sing this song and WOW did she do it justice. Beautifully done ?

Now check out the video below to hear Clarkson’s take on “Blue Bayou” so you can understand why it earned so much praise.

As one of the above Twitter users said, Clarkson is proving she truly can sing anything!