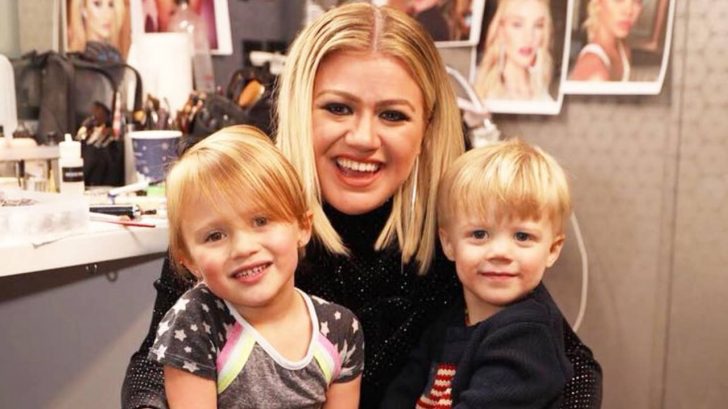 In June of this year, Kelly Clarkson filed for divorce from her husband of seven years, Brandon Blackstock.

She addressed the divorce on the premiere of her talk show, The Kelly Clarkson Show by saying, “2020 has brought a lot of change also to my personal life. Definitely didn’t see anything coming that came. What I’m dealing with is hard because it involves more than just my heart, it involves a lot of little hearts. We have four kids and divorce is never easy. We’re both from divorced families. We know the best thing here is to protect our children and their little hearts.”

The “little hearts” she is referring to are River and Remington, her kids with Blackstock, as well as his two children from a previous relationship, Savannah and Seth, that Clarkson considers her own.

In a recent interview, Clarkson said, “We have a lot of help as far as therapists or child psychologists because we want to do it right. Everyone’s sad and it’s okay to be sad.”

Although they had an agreement for joint custody of River and Remington, a court document states that “the level of conflict between the parents has increased. The parties have a difficult time co-parenting due to issues of trust between them.”

Because of that, Clarkson has filed for primary physical custody, which she has been awarded.

According to PEOPLE, a court document reads, “The Court finds that under the circumstances present in this case, the interest in providing stability and continuity for the minor children weighs in favor of Petitioner having primary custody.”

Clarkson resides in Los Angeles due to her hosting duties on The Kelly Clarkson Show and The Voice, while Blackstock will remain at their property in Montana. The document, which was filed in late October, revealed that their kids spent Thanksgiving break with their father and will spend December 19-December 25 at 2pm with him. Clarkson will then have them until New Year’s.

Blackstock will FaceTime with River and Remington every day “at a mutually agreed upon time.”

The document also states that both parents, or anyone they are with, will not speak poorly of the other in the presence of their children.

We wish everyone the best!