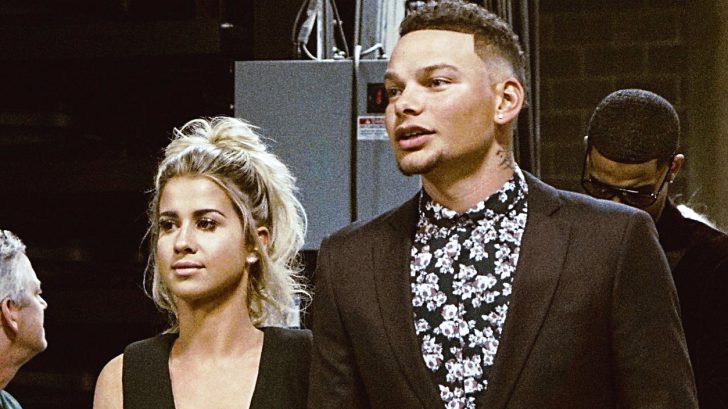 If you’ve been looking for Kane Brown on Instagram lately, you won’t find him. It’s not that he never made a profile. He had one, and he had no shortage of followers either.

But earlier this week, Brown mysteriously vanished from Instagram without a word of warning. His profile had been deleted.

That was enough to start prompting a few questions from fans. But the mystery grew when people realized that Brown’s fiancée, Katelyn Jae, had deleted her Instagram as well.

It was soon made clear that the reason Brown and Jae deleted their accounts had nothing to do with their relationship. Instead, Bown teased that the deletions mark something big to come in the future.

Brown offered this tidbit of information when Chicago radio station Big 95.5 inquired about the now-deleted Instagram accounts. “Need people to miss me for a certain thing I have coming up,” he wrote, including an emoji with a sly look on its face.

Need people to miss me for a certain thing I have coming up ?

Jae jumped in on the conversation as well, expressing her excitement over that “certain thing” that Brown has in store. “Such an exciting time babe !!!!” she wrote.

So what does this all mean? Many fans’ first thoughts were that Brown and Jae may be recording a duet together. After all, Brown has hinted about doing so before.

While Brown is already an established country star, Jae has a hidden talent as a singer. Fans got the chance to hear her lovely voice in a short duet the couple filmed for Valentine’s Day.

Unfortunately, the video of that duet was on Instagram. So you understand why we don’t have it here to share with you.

While Jae didn’t confirm or deny any rumors about a duet with Brown, she offered up an explanation for why they deleted their Instagrams. When one fan asked if she still had her account, Jae assured that she and Brown would be back on the platform one day.

“We are moving into a new home and Kane has some exciting things happening…” Jae said as part of her explanation.

Yes of course ! We are moving into a new home and Kane has some exciting things happening so we wanted to really be in the moment of our personal lives right now ! All is great❤️?

Only time will tell if those “exciting” things involve a duet between the couple. Of course, Brown already has proven success with duets. His collaboration with Lauren Alaina on “What Ifs” was one of the hottest country songs of the past year. Check out its music video below!

We’d love to hear your thoughts…why do you think Brown and Jae deleted their Instagrams? It’s a true mystery!