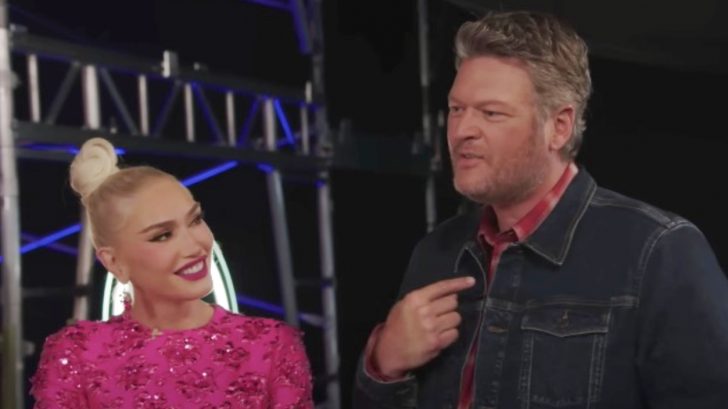 In October, Blake Shelton announced he is leaving The Voice after Season 23 ends next year. This news came as a shock to his fans, since he’s the only coach who’s been with the show for every season.

But Shelton feels like “it’s time for [him] to step away” from the show. He reflected on his experience, focusing on the amazing contestants he’s coached over the years.

He also spoke about his bond with host Carson Daly and his fellow coaches, including his wife, Gwen Stefani. The pair met on the show, and eventually fell in love. They married on July 3, 2021 and Daly served as the officiant.

When Shelton shared the news of his Voice retirement on social media, Stefani responded with the sweetest comment. Writing on Instagram, she said:

“am so proud of you and so blessed to have found u. your talent brings joy to the hearts of so many people and i am so lucky to be part of ur life’s journey.”

During a recent interview with ET Canada, Stefani said lots of people have been asking her how they can celebrate Shelton’s upcoming retirement from The Voice.

She has an unusual gift idea she thinks her husband would love:

“This is crazy ’cause everyone’s coming after me for ideas, ‘What should we do?’ and it’s hard, you know, he has everything,” she said. “But I think his favorite thing would be a bag of corn, like honestly, he would be so thrilled. Or fertilizer or something like that.”

Anyone who follows Shelton on social media knows he loves farming and working on his land in Oklahoma. We’re sure a bag of corn would be an exciting gift for him to receive…especially since he recorded a song called “Corn.” Listen to it below.