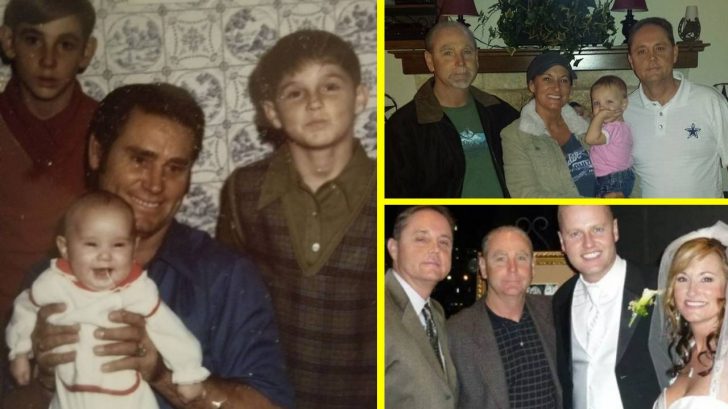 George Jones is highly regarded as one of the best country singers of all time. With hits like “White Lightning,” “Tender Years,” “The Grand Tour,” and “He Stopped Loving Her Today,” George had number one hits in four different decades.

Despite being a country music superstar, George was also a husband and father. He was first married to Dorothy Bonvillion from 1950-1951 and they had one child together, a daughter named Susan. In 1954, he and Shirley Ann Corley were married. They had two sons, Bryan and Jeffrey, before divorcing in 1968. In 1969, he married Tammy Wynette and they had a daughter, Georgette, together a year later.

Following his 1975 divorce from Tammy, George married for the final time in 1983 to a woman named Nancy Sepulvado. The two were married until his 2013 passing.

Happy Birthday Nancy Jones!! We all love you very much!

Though we do know about his marriages, not much is known about his four children, so let’s introduce them to you!

Susan is George’s eldest child with his first wife, Dorothy. She married Harmon Smith and they have a daughter named Jennifer. In 2017, George Jones’ official Facebook page shared a photo of Susan (right), Harmon, Jennifer, and Jennifer’s twins Jason and Laura.

“Susan your daddy would be so proud of his great grandchildren!” the post read.

Susan and Harmon Smith with their daughter Jennifer and her twins Jason and Laura. Susan your daddy would be so proud of his great grandchildren!

Bryan is the eldest son of George and his second wife Shirley Ann Corley. According to a 2013 Beaumont Enterprise article, he lives in Huntsville, Texas and sells auto parts.

In 2014, Bryan became a grandfather to a a baby named Jett, and his younger sister congratulated him on Facebook.

Congrats to my brother, Bryan on becoming a Grandpa! We welcome baby Jett to the Jones family!! He sure is a blessing. Congrats to my nephew Darren and his wife Jenifer 🙂

Jeffrey is George and Shirley Ann’s second child, who – according to the same Beaumont Enterprise article – owns a flooring business in Vidor, Texas.

He is on the left in the photo below. With him are his sister Georgette, niece Emery, and brother Bryan.

My brother Jeff, me, my niece Emery and my brother Bryan. Celebrating Thanksgiving early…..love spending time with my family!!! Hate to leave tomorrow.

While you may know her as Georgette, her full name is Tamala Georgette Jones, born to country music royalty Tammy Wynette and George Jones.

Georgette is the only one of George’s kids who followed in his footsteps as a singer. In fact, she first recorded with him on his song “Daddy Come Home” in 1981.

She also was her mother’s backup singer for some time and has released several albums of her own. Georgette was a daddy’s girl through and through – and you can tell just by the way she looked at him in photos like the one below.

Photos of The Whole Family

Now that we’ve gotten to know his children a bit, we can take a walk down memory lane with some family photos from throughout the years.

Jeffrey and Bryan with Tammy Wynette:

My Mom with my 2 brothers Jeff and Bryan.

I love this pic of me and my husband, Jamie on our wedding day (3yrs ago) with my 2 brothers, Bryan Jones and Jeff…

We love to see that the Jones kids enjoy spending time together. We bet George is proud of all of them.