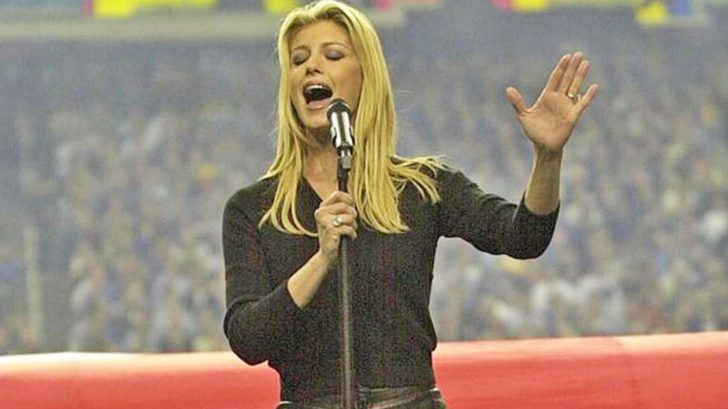 Faith Hill made America proud with her killer delivery of the National Anthem leading up to the Los Angeles Rams face off against the Tennessee Titans at Super Bowl XXXIV back in 2000.

The Rams garnered their first Super Bowl win as well as their first NFL championship since 1951. Adding to the list of firsts, Hill’s team, the Tennessee Titans, made their first appearance at the big game. Backed behind an army of bagpipe players and a line of drummers, Hill delivered a breathtaking performance, her voice soaring eloquently to the difficult notes the song requires.

With a performance of that stature, it’s no wonder why her husband Tim McGraw declared it his “favorite Super Bowl National Anthem,” according to Taste of Country.

Nine years later at Super Bowl XLIII in Tampa, Florida, Hill yet again blew the crowd away with a performance of “America the Beautiful”, marking her as the sole country artist chosen to perform both songs at one of the biggest nights in football.

Hill’s performance of the National Anthem landed her on a variety of “Best Of” lists in addition to her ranking as one of the most regarded performers of the song.

You can watch Faith Hill’s performance in the video below.