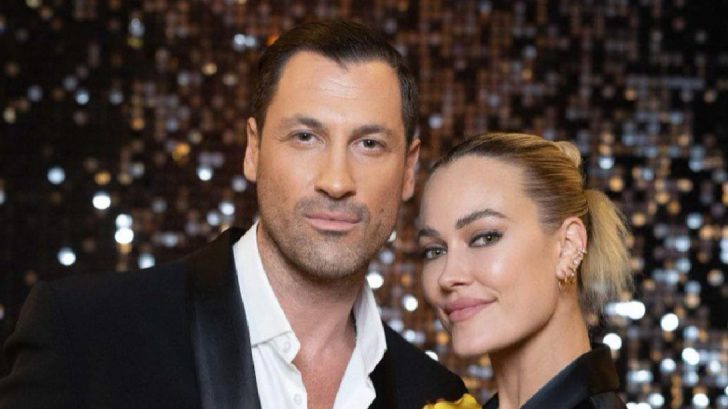 Ukrainian native and professional dancer Maksim Chmerkovskiy has safely returned to his home in Los Angeles one week after Russia invaded Kyiv, Ukraine. Chmerkovskiy was in Kyiv where he had been filming World of Dance where he was a judge.

Maks had been documenting the invasion and his experience on Instagram. Most of Chmerkovskiy’s videos were filmed from his hotel room, on the streets of Kyiv, and from a bomb shelter.

“I’m in Kyiv, contrary to what I probably should’ve done a while ago…and not that no one saw this coming, but everybody was hoping that the finality of this situation would be averted, that there wasn’t going to be these kind of aggressive measures,” the Ukrainian-born dancer said in one video.

A second clip shows the Dancing with the Stars pro fighting back tears as he admits that “it’s been a little difficult” to witness the attack on his home country. “You know me. I stay strong, and I don’t show it….But I want to go back home. And I realize that I have the way to. I realize that I have a different passport, and my family is far away,” said Maks.

His most recent video shared that he is safe, but reminded those watching that there are a lot of people in Ukraine who aren’t safe.

“…This is very, very, very real, what’s happening now,” he said. “I’m packed, I’m ready, my hotel has a bomb shelter. We can go there now, but the few of us decided to maybe wait until we hear the sirens and then we’ll be down there. I’m going to try and keep you guys updated and show you what it’s really like, but the reality is it’s exactly what it looks like on TV.”

As the attacks grew more intense, Maks made the decision to return to Los Angeles where his wife, fellow professional dancer Peta Murgatroyd, was anxiously awaiting his safe return. On February 28, Chmerkovskiy shared that he had boarded a train and was en route to Poland.

“I made it on the train. We’re headed to Warsaw [Poland] (hopefully). Train to Lviv [Ukraine] was not an option. The situations at the train station is insane. At first it feels manageable, but it gets A LOT worse when it comes time to actually board the train. I’m a big man with nothing but a backpack and it is TRAUMATIZING,” he wrote.

The dancer eventually made it to the airport where he posted one of his final updates, saying: “Getting in a plane. Talk to you from L.A.”

On Wednesday evening (March 2), photographers captured the moment Maks was reunited with his wife after landing at the airport in Los Angeles.

“I just don’t want to resent peace somewhere else because of what I just saw, that’s the reality. I don’t know really what to say right this second,” the Ukrainian-born dancer told reporters upon his arrival at the airport.