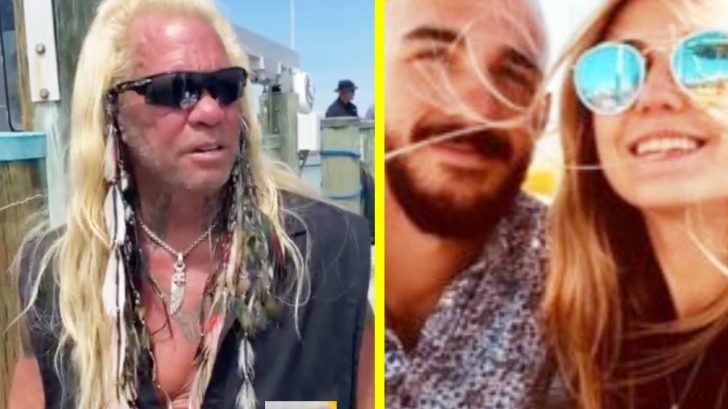 The whole world has been following the Gabby Petitio case the last few weeks. To jog your memory, her family reported her missing on September 11, a full ten days after her boyfriend, Brian Laundrie, returned home early from their cross-country trip…without her.

Three days later, he was named a person of interest by the police. More and more information about the couple is being revealed, including body cam video of an incident between the couple on August 12 in Moab City, Utah.

On Friday, September 17, Laundrie’s parents reported him missing, when they allegedly hadn’t heard from him since Tuesday, September 14 when he went for a hike and never returned.

Two days later, on September 19, a body was found in Wyoming that was believed to be Gabby Petitio’s and later, autopsy results confirmed it was her. A cause of death has not yet been revealed and search is still underway for Laundrie.

Teton County Coroner Dr. Brent Blue confirmed the remains are those of Gabrielle Venora Petito, date of birth March 19, 1999. Coroner Blue’s initial determination for the manner of death is homicide. The cause of death remains pending final autopsy resultshttps://t.co/EjiSsZ7kCW

Countless people on social media have expressed their feelings on the topic, including the urgent need to find Laundrie, who many believe is on the run – and not missing. One of the celebrities speaking about the investigation is former America’s Most Wanted host John Walsh.

Former host of “America’s Most Wanted” John Walsh says he was “terrified” when he first saw police cam footage of Brian Laundrie and Gabby Petito.

“This is classic domestic abuse. He terrorized her not to tell the cops. He was the aggressor and slapper and puncher.” pic.twitter.com/MIU33x2VcU

Another celebrity who has started to talk about the search for Brian Laundrie is a person very experienced in finding wanted felons…Duane “Dog The Bounty Hunter” Chapman.

Speaking with News Break, Dog revealed just how he would track down Laundrie. The famed bounty hunter also said he’d interview Laundrie’s friends and family, seeing what they know, then move on the tracking his vehicle, which the parents actually brought home from his hiking spot days before he was reported missing.

On September 24, the search for Brian was officially declared a manhunt after a federal arrest warrant was issued in relation to bank card fraud.

“The search for Laundrie, who has been missing for more than a week, turned into a manhunt Thursday after a grand jury indicted him for alleged unauthorized use of a Capital One debit card and several accounts,” USA Today reports.

Dog paid a visit to the Laundrie residence in Florida on Saturday (September 25) and has joined the manhunt. Heset up a phone line (833-TELL-DOG) for people to submit any tips they may have concerning Brian’s whereabouts. While speaking with the Daily Mail, the famed bounty hunter said he is “chasing several leads” and that he gets “leads every ten minutes.” He told told Fox News he has received “over 1,000 leads.”

Dog shared his “hottest” lead during an interview with The Sun. Based on the information he’s received, Dog says it seems likely Brian could be somewhere along the Appalachian Trail. He said, “If there’s anywhere out there that looks the hottest, that could be the area.”

In an interview with Fox News on Monday (September 27), Dog said a tipster sent in a promising lead, and he followed it.

“He told Fox News he received a tip on Monday that Laundrie’s parents spent the night in Fort De Soto Park with their son twice in early September from Sept. 1-3 and Sept. 6-8,” Fox News reports. The campground is 75 miles away from where the Laundries live.

In a shocking new update to TMZ, Dog believes he is closing on on Brian’s location and should be there “within the hour.” TMZ reported this at 9:29am Pacific Time. The publication also reports that he got a tip saying that Brian is alive and was moving around at 10pm Tuesday night (September 28).

Chapman has assured people on social media that he is “cooperating with law enforcement as we always do.”

On September 29, Dog posted a video at the location, an island, where he says it would be a “perfect” location for Brian to hide. He is working with “boat crews and ground teams” as well as search and rescue dogs.

“This would be and could be the perfect spot for him to hide. The search now is really on,” he says.

See his update below.