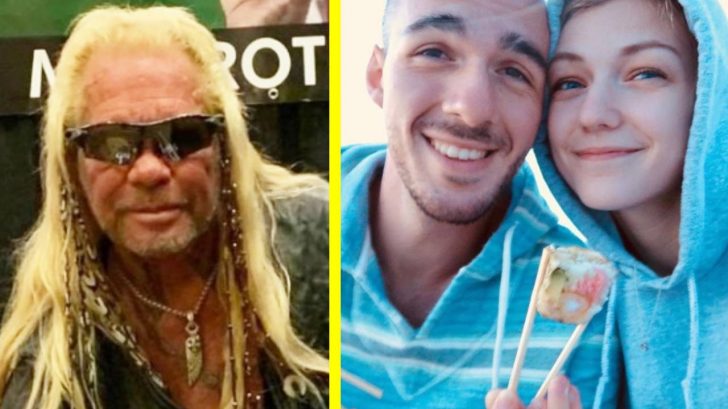 The whole world has been following the Gabby Petitio case the last few weeks. To jog your memory, her family reported her missing on September 11, a full ten days after her boyfriend, Brian Laundrie, returned home early from their cross-country trip…without her.

Three days later, he was named a person of interest by the police. More and more information about the couple is being revealed, including body cam video of an incident between the couple on August 12 in Moab City, Utah.

On Friday, September 17, Laundrie’s parents reported him missing, when they allegedly hadn’t heard from him since Tuesday, September 14 when he went for a hike and never returned.

Two days later, on September 19, a body was found in Wyoming that was believed to be Gabby Petitio’s and later, autopsy results confirmed it was her. A cause of death has not yet been revealed and search is still underway for Laundrie.

Teton County Coroner Dr. Brent Blue confirmed the remains are those of Gabrielle Venora Petito, date of birth March 19, 1999. Coroner Blue’s initial determination for the manner of death is homicide. The cause of death remains pending final autopsy resultshttps://t.co/EjiSsZ7kCW

Countless people on social media have expressed their feelings on the topic, including the urgent need to find Laundrie, who many believe is on the run – and not missing. One of the celebrities speaking about the investigation is former America’s Most Wanted host John Walsh.

Former host of “America’s Most Wanted” John Walsh says he was “terrified” when he first saw police cam footage of Brian Laundrie and Gabby Petito.

“This is classic domestic abuse. He terrorized her not to tell the cops. He was the aggressor and slapper and puncher.” pic.twitter.com/MIU33x2VcU

Another celebrity who has started to talk about the search for Brian Laundrie is a person very experienced in finding wanted felons…Duane “Dog The Bounty Hunter” Chapman.

Speaking with News Break, Dog revealed just how he would track down Laundrie. First he’d run Laundrie’s record to see if he has a pattern of domestic violence or anything else.

“To look at the case, so far, I haven’t got any info yet inside info. But it seemed like she was very verbal when they got into arguments, because there was people that heard her screaming at him,” Chapman said. “He went straight home to tell his parents what happened. And then he took off. So we got to look at his background, look at his record, know, his friends, his family. He’s not an experienced runner or criminal. Suicide is a very likely possibility—and it seems like he’s kind of an outdoors kid.”

Chapman elaborated on that point, saying, “He seems like an outdoors kid, you know, a camper. What’s his connection to the reserve? There’s got to be a family member there. You know, why did he all of a sudden just go there?”

The famed bounty hunter also said he’d interview Laundrie’s friends and family, seeing what they know, then move on the tracking his vehicle, which the parents actually brought home from his hiking spot days before he was reported missing.

Police and FBI are searching diligently for Laundrie, and we hope they find him soon. If not, they might just need to give Dog a call.