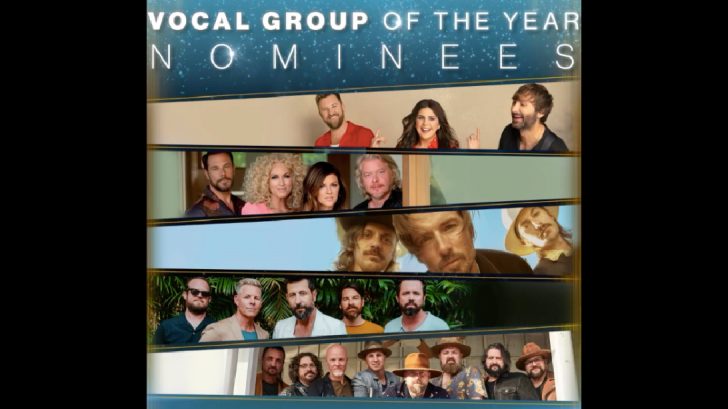 Congrats to Old Dominion! They are the CMA Vocal Group of the Year. Also nominated were Lady A, Little Big Town, Midland, Old Dominion, and Zac Brown Band.

Each year the Country Music Association honors a country music group who is “composed of three or more people, all of whom normally perform together and none of whom is known primarily as an individual performing artist.  This Award is based on the musical performance of the group as a unit on a Country single or album release, as well as the overall contribution to Country Music.”

Actor Zachary Levi and former NFL quarterback Kurt Warner took the stage to present the Vocal Group of the Year winner with their trophy.

All of the nominees were deserving of the award, but ultimately Old Dominion was chosen, marking the fourth consecutive Vocal Group of the Year trophy for the group.

“Isn’t this beautiful? It’s a room full of joy and talent and country music,” the group said as they accepted their trophy. “This is a really special thing to be able to stand up here another year and be rewarded for what we really love to do.”

Congratulations to Old Dominion on their well-deserved win!