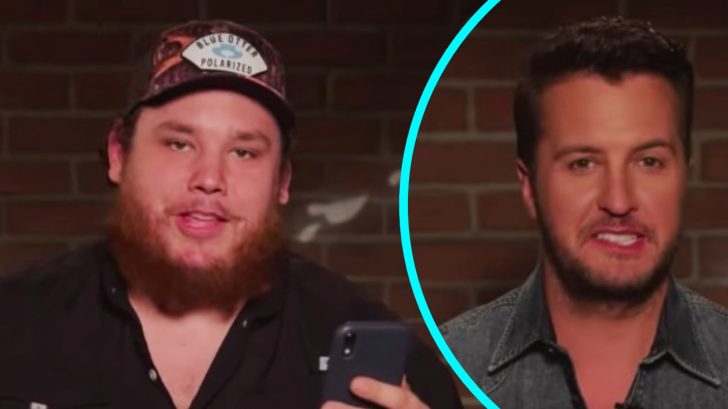 Every so often, Jimmy Kimmel gathers a bunch of celebrities together to participate in a special segment called “Mean Tweets.” The name of the segment is pretty self-explanatory…celebrities read tweets that critique them, and their reactions are often hilarious.

Sometimes, Kimmel puts together a special “Music Edition” of “Mean Tweets,” in which all of the celebrities are singers. This is when country fans stand the greatest chance of seeing their favorite artists get comically roasted by random Twitter users.

A new “Music Edition” of “Mean Tweets” was released on Wednesday night (November 13) in connection with the CMA Awards. Three country artists were featured in the video: Luke Bryan, Luke Combs, and Midland.

The fellas of Midland were the first ones to react to a tweet about them, which read “[Midland] looks like they have a white van with ‘free candy’ written on the side.” Ouch!

Bryan was the next country artist to read a “Mean Tweet,” and the one directed at him was especially cruel. “I’d rather listen to a barn full of baby pigs being vaccinated…than Luke Bryan’s new song.”

Combs was the last country artist to react to a “Mean Tweet,” and he got a good chuckle out of the one aimed at him. “Luke Combs makes music for people who taste the gas before they fill up their truck,” the tweet read.

“That’s pretty good, I’ll give them that one,” Combs said while laughing.

You can watch Bryan, Combs, Midland, and other singers react to “Mean Tweets” by tuning in to the video below. They have some pretty hilarious responses!