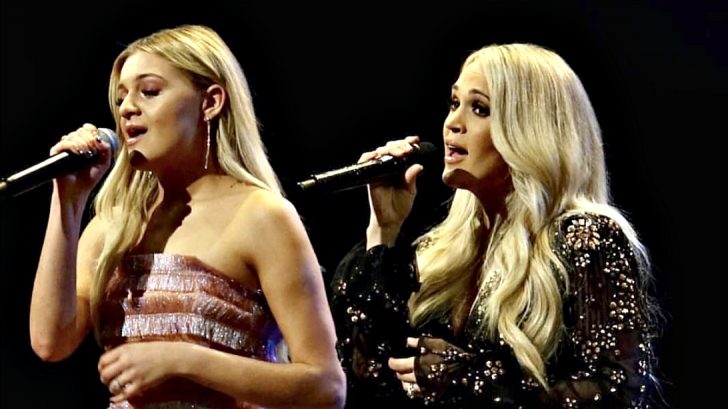 It’s not often that we get a chance to see two of country music’s biggest female artists share a stage for a history-making moment. But, April 16, 2019 was one such night.

That is the night that country songstress Kelsea Ballerini was inducted into the Grand Ole Opry. Ballerini’s friend and fellow artist Carrie Underwood did the honors, and the “Dibs” singer couldn’t hold back her tears as her friend praised her accomplishments and welcomed her to the Opry family.

“I want to thank [the Opry] for asking this talented, incredible, smart, sweet, beautiful woman to be a member,” Underwood said, turning to Ballerini. “You have accomplished so much in your career. And you will undoubtedly accomplish infinite amounts more in your career and in your life. Awards and number ones and sales and tours and fans and just all of it…This is better than all of that. This is the heart and soul of country music.”

Following her formal induction, the two powerhouse vocalists channeled their fellow Opry member Trisha Yearwood for a rendition of the latter’s Grammy nominated song “Walkaway Joe.” The song was a hit for Yearwood in 1992 and featured background vocals by Don Henley of the Eagles.

The Opry crowd was surprised when Kelsea Ballerini was joined on stage by Carrie Underwood for her formal Opry induction. Their performance of “Walkaway Joe” was a bonus surprise for the audience. And, the ladies did not disappoint. Holding true to the original recording of the song, Kelsea and Carrie swapped lead vocals and spot-on harmonies as they sang the familiar lyrics.

Ballerini and Underwood silenced the Opry crowd with their flawless, hypnotizing cover of the song. Hear their performance in the video below.