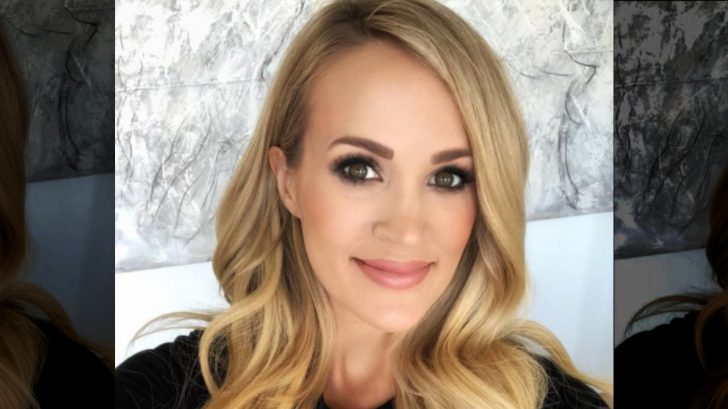 Carrie Underwood‘s least favorite holiday may be Valentine’s Day, but that doesn’t mean that she doesn’t shout of the love of her life, Mike Fisher, every year.

On Valentine’s Day 2021, the American Idol champ posted an adorable pic of herself and Fisher enjoying some winter weather with a caption that revealed the reason behind her disdain for the holiday.

“Anyone who knows me knows that Valentine’s Day is my least favorite holiday. I can’t put my finger on exactly why that is but it may be because I want my true love to love me ‘extra special’ for 365 days out of the year…not just on the one day that he’s ‘supposed’ to. That said, everyone else has been posting the sweetest pics of them and their loves, so here’s mine. My Valentine… Every. Single. Day,” Carrie wrote.

This year, Carrie waited until the day was nearly over to post a photo of herself and her hubby of 11 years, but it was definitely worth the wait. The “Church Bells” singer treated her fans to a never-before-seen photo of her and Fisher. It wasn’t specified when exactly the photo was taken, but it appears to be from the couple’s dating days.

“Throwing it waaaaaaay back for Valentine’s Day this year. Love you, babe!” Carrie captioned the photo.

Carrie Underwood and Mike Fisher first met in 2008 after being introduced by a mutual friend, Carrie’s bassist Mark Childers. The pair spoke often over the next few months, and went on their official first date on New Year’s Eve 2008. One year later, Fisher proposed to the singer and they wed in July 2010.

Five years after saying “I do,” the couple welcomed their first child, Isaiah, in 2015. Their second son, Jacob, joined the family in 2019.