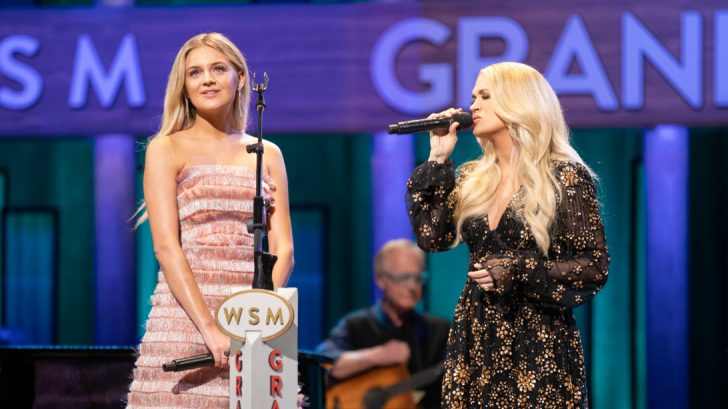 Kelsea Ballerini is officially a member of the Grand Ole Opry! Her induction came roughly one month after the “Dibs” singer received her formal invitation to join.

One of the greatest honors that can be bestowed upon a country music artist is to be inducted into the Grand Ole Opry. In recent years we’ve seen the likes of country legend Crystal Gayle, male vocalist extraordinaire Mark Wills, bluegrass greats Dailey & Vincent, and most recently Kelsea Ballerini receive the coveted invitation. But, many wonder just how does one get chosen for such an honor.

According to the Grand Ole Opry website, numerous factors are taken into account when an artist is being considered for membership.

“Opry management looks for a musical and a generational balance. Opry membership requires a passion for country music’s fans, a connection to the music’s history, and it requires commitment – even a willingness to make significant sacrifices to uphold that commitment,” the site reads.

April 6, 2019, is a date that Kelsea Ballerini will never forget. She thought she was only appearing on the Grand Ole Opry as a guest, but the management of the hallowed venue had a surprise in store. While on stage with super group Little Big Town, who became Opry members in 2014, Ballerini and the group’s lead vocalist Karen Fairchild swapped lyrics for the chart-topping hit “Girl Crush.” But, much to Kelsea’s surprise, Fairchild changed the lyrics to include an invitation for the soloist to join the Opry.

Ballerini’s shock was evident as she immediately burst into tears, overwhelmed by what has transpired.

Kelsea Ballerini officially became a member of the Grand Ole Opry during a special, surprise-filled night on Tuesday, April 17. The “Love Me Like You Mean It” singer’s tour mate Keith Urban shocked the crowd when he appeared on stage to help her celebrate by singing his hit song “Blue Ain’t Your Color.”

Things got even more exciting when Ballerini’s friend and now-fellow Opry member Carrie Underwood made an unannounced appearance to officially induct her into the Opry. Carrie’s touching speech brought Ballerini, and everyone watching, to tears.

“I want to thank [the Opry] for asking this talented, incredible, smart, sweet, beautiful woman to be a member,” Underwood said, turning to Ballerini. “You have accomplished so much in your career. And you will undoubtedly accomplish infinite amounts more in your career and in your life. Awards and number ones and sales and tours and fans and just all of it…This is better than all of that. This is the heart and soul of country music.”

At 23-years-old, Ballerini is currently the youngest member of the Grand Ole Opry. Watch her emotional induction in the video below.

Tune in LIVE with us as Kelsea Ballerini is inducted as the newest member of the Grand Ole Opry!