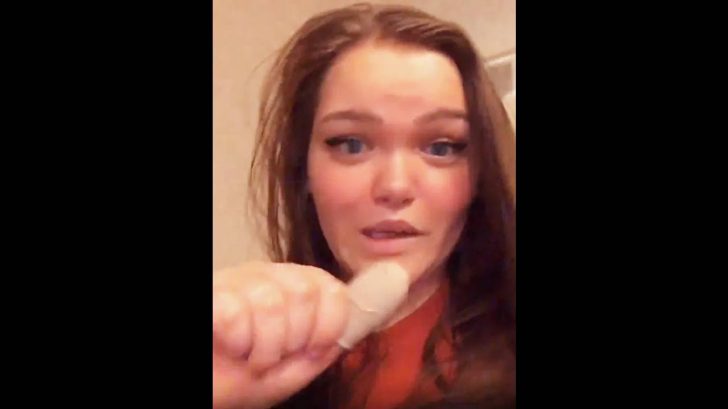 Bonnie Chapman has been through a lot in her 22 years of life, with 2019 being the “worst year.”

Before the clock struck midnight on New Year’s Eve in 2019, Bonnie wrote a post on social media saying ,”2019 takes the cake for being the worst year of my life.”

While the year started out promising, on January 11, 2019, Bonnie’s best friend Elysia committed suicide. Following her friend’s passing, her beloved dog LBJ passed away in Hawaii after having surgery. She also had an extensive list of injuries including needing stitches, burning her arm, and a hospital stay, among other things.

Then in June 2019, her mom, famed bounty hunter Beth Chapman, passed away after a long battle with lung and throat cancer.

Bonnie often shares about her struggles on social media and this week has been no different. She uses her skills as a makeup artists as a form of self-care and a way to get herself out of a funk. She revealed to her followers that she had to do just that this week after her apartment flooded.

She found this out after returning home from the hospital, where she needed stitches on her thumb after cutting herself. Bonnie shared that news with her followers on her Instagram story.

She shared a photo of herself with some fun eyeshadow colors and wrote, “After my apartment had flooded, I decided to do some makeup to make me feel better. Boy did it help!”

According to The Sun, “There was even water coming out of the front door of her apartment. It’s not clear what caused the problem but she ensured maintenance were on it right away.”

We’re glad the problem was being fixed right away and hope there wasn’t too much damage!