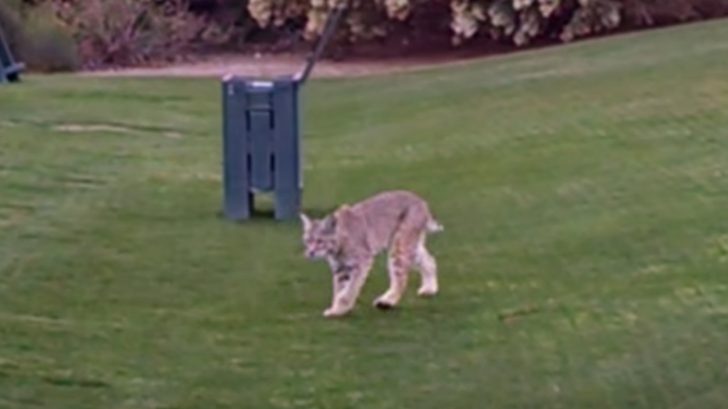 Advertisement
Advertisement
Recent video footage taken out of Scottsdale, Arizona shows the fascinating moment a wild bobcat stalked a group of birds and actually caught one of them.

The incident reportedly happened at the Silverleaf Country Club while a group of golfers were standing at the 15th hole on the course.

The wild kitty didn’t seem to mind the onlookers watching it as it honed in on a bird that was standing in a sandpit on the course. The bobcat carefully and stealthfully crept closer and closer to the bird.

It crept down low to the ground as it approached and when it got close enough, the feline took off running and pounced on its prey. With a couple of quick bites to the bird’s little body, it was enough to immobilize the cat’s soon-to-be dinner.

One of the golfers behind the camera yelled, “That’s amazing!” as they laughed at what they witnessed during the wild hunt. The incident only interrupted the golfer’s game for a moment but they were soon back to it and finished their game.

Watch Footage Of The Bobcat Below

If you thought that story was interesting…check out this story about the time golfers ran after a coyote that stole a phone on a golf course.