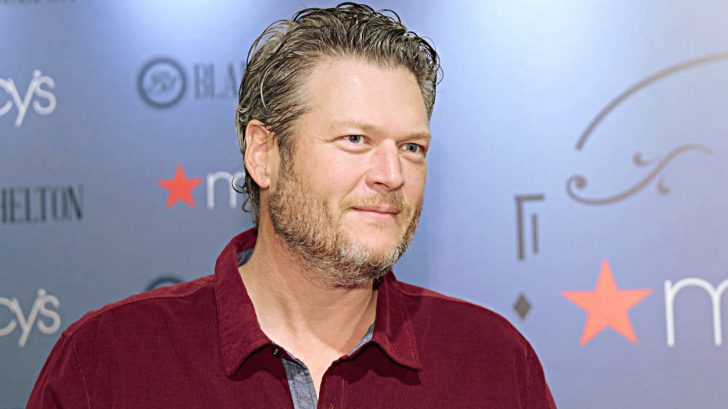 On Wednesday (April 25), Shelton sent many of his fans into a frenzy over nothing more than a single Twitter update. The mysterious tweet, which centered around the concept of karma, had more than a few people scratching their heads.

“I can finally see something on the horizon up there!!” Shelton wrote. “Wait!! Could it be? Yep!! It’s karma!!“

Been taking the high road for a long time.. I almost gave up. But I can finally see something on the horizon up there!! Wait!! Could it be?! Yep!! It’s karma!!

While Shelton’s tweet may have left a few fans feeling puzzled, it trigged an “ah-ha” moment for some. You see, those who have been following Shelton for some time had instant assumptions as to what, or rather who, this tweet was about.

To fully understand why everyone is losing their minds over this tweet, we have to backtrack a bit.

In 2015, Shelton and Miranda Lambert devastated their fans when they announced that they were divorcing after four years of marriage. But that devastation quickly turned to speculation as tabloid covers were smothered with headlines questioning what made things turn sour and who wronged who.

Moving On In Love, But Not Moving Out Of Tabloids

Eventually, Shelton and Lambert each moved on. Shelton found a new relationship with fellow Voice coach and pop superstar Gwen Stefani, while Lambert cozied up to singer Anderson East.

All the while, the singers and their respective significant others were unable to escape from tabloid drama. Even after Shelton and Lambert had clearly moved on, people were still speculating what prompted them to break up.

Both promised to tell the truth through their music: Shelton in his album If I’m Honest and Lambert in her album The Weight of These Wings. Nuggets of the truth could be found in the songs on both albums. But these nuggets went unnoticed by casual fans. So the tabloid circus continued.

At the start of 2018, rumors started to circulate that Lambert and East had called it quits after dating for two years. Neither Lambert nor East ever commented on these rumors, though Lambert may have came close.

At a concert in March, Lambert started speaking about heartbreak prior to her performance of her emotional song, “Tin Man.” This performance hit in the heat of the speculation that she and East had ended things.

Then on Tuesday (April 24), multiple publications started to report that Lambert is now dating the lead singer of the Turnpike Troubadors, Evan Felker. While all of the reports were supported by an unnamed “source,” that didn’t stop them from catching on.

Felker and his band had opened for Lambert at a few shows in February, which is reportedly the same month he and his wife, Staci Nelson, filed for divorce. With this in mind, the timing of Lambert’s alleged new relationship with Felker looks a bit suspicious.

That brings us to Shelton’s tweet, which he wrote just one day after these rumors about Lambert’s new relationship started coming to light. The reason why his fans are freaking out is because they think that his tweet is a subtle reference to Lambert.

Of course, this hasn’t been confirmed as fact. It’s all just a theory, and as far as anyone is concerned, Shelton’s tweet may have nothing to do with Lambert at all.

Still, the timing was awfully suspicious, which is why so many people are going crazy.

Now that you’ve read through the whole explanation and backstory, what do you think? Fill us in on your thoughts!