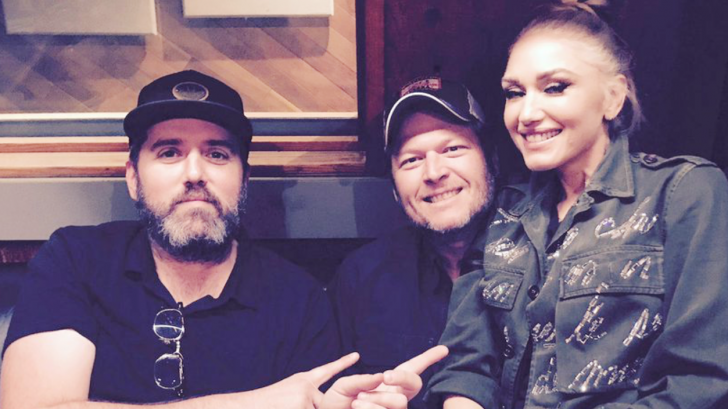 On Sunday (September 29), news broke that 43-year-old songwriter and producer busbee had passed away. According to reports, busbee had been diagnosed with Glioblastoma over the summer, which is a form of brain cancer that is hard to treat and a cure is usually not possible.

Busbee worked with artists of all genres, including country. Through the years, he wrote and produced songs for artists such as Maren Morris, Keith Urban, and Carly Pearce.

Pearce honored busbee on the night of his passing by delivering an emotional performance of her number one hit, “Every Little Thing,” which he co-wrote with her.

Yesterday morning, my mom called me to tell me of the dream she had Saturday night. She said “Carly, I had a dream busbee and I were in a room & he was playing piano for me- I told him it was beautiful.” I learned hours later of his passing. This video is from last nights show. I like to think he was playing along from that same piano. We love you, Buz. ♥️ [@chris.ashlee]

Another artist that busbee collaborated with many times through the years was Blake Shelton. Shelton was featured on two songs that busbee co-wrote: Dia Frampton’s “I Will” (2011) and Shakira’s “Medicine” (2014).

Busbee also co-wrote a song that appears on Shelton’s 2016 album If I’m Honest, titled “Every Goodbye.” The song was not released as a single.

On top of that, busbee served as co-executive producer on the album You Make It Feel Like Christmas, which was released by Shelton’s girlfriend Gwen Stefani in 2017. The album is named after Shelton and Stefani’s holiday duet of the same title, which busbee also co-wrote.

Stefani was actually introduced to busbee through Shelton, which she revealed in a post memorializing her friend and collaborator after she learned of his passing. She shared some candid photos she, Shelton, and busbee took together, and wrote about how much she adored busbee.

I loved him so much! One of my favorite humans I’ve ever come to know in this life – we wrote some of my favorite music I’ve ever written- he was truly the definition of a good human – living his life sharing his gift w all of us -full of love talent and faith ?? Beyond broken today Shattered @blakeshelton thank u for introducing me to this legend- we r going to miss our friend see u up there Busbee. #Genius #ILOVEUANDUKNOWIT ?? Gx

“Too much to say for social media,” Shelton wrote. “Too much pain and unfairness period.”

I absolutely can’t accept the loss of mine and Gwen’s friend Michael (Busbee)..Too much to say for social media. Too much pain and unfairness period. I guess sometimes you gotta dig extra EXTRA deep for peace to continue to have faith. And I will because Michael ALWAYS had faith.

Shelton continued to pay tribute to busbee through another tweet. He shared one of the same photos Stefani had posted and wrote a simple message to accompany it.

“Thinking about this dude today… Gonna miss you Busbee,” he said.

Thinking about this dude today… Gonna miss you Busbee. pic.twitter.com/TIC3zw0gGr

In addition to his many friends and collaborators, busbee leaves behind a wife and three daughters. Please keep them in your prayers during this sad time.

It’s clear that busbee touched many lives during his short time on this Earth. And those people will make sure he is never forgotten.

To remember busbee, please enjoy his performance of “Jolene” with Carly Pearce in the clip below.