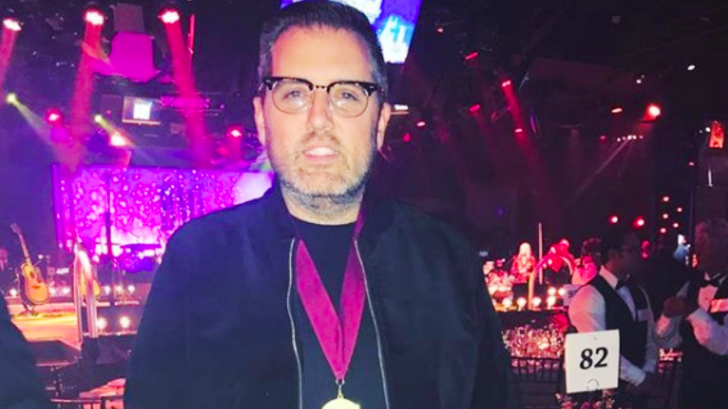 On Sunday (September 29), news broke that music producer and songwriter, busbee, had passed away. He was 43 years old.

While busbee worked with artists of all genres, he shared close ties to the country music community. He co-wrote songs such as “The Fighter” by Keith Urban and Carrie Underwood, “My Church” by Maren Morris, and “Every Little Thing” by Carly Pearce.

Artists including Pearce and Morris took to social media to mourn busbee’s passing. They shared photos and memories of him, with Pearce writing, “My heart is broken, but the legacy of your talents and your heart will live on in all of the artists and people you touched. I love you, Busbee.”

I sang “every little thing” tonight through broken tears with thousands of voices and cell phone lights in the air, because I asked them to raise them up high so you could see them shining from heaven. What a beautiful sight it was. You gave my music a place in this world. I’ll cherish the 2 albums, songs, talks, laughs & memories we shared over the years. My heart is broken, but the legacy of your talents and your heart will live on in all of the artists and people you touched. I love you, Busbee. ♥️

This just doesn’t seem fair. I will always love you and the songs and albums I was lucky to make with you, Busbee. Rest well, my sweet friend. ?

Love you, Busbee. You gave us both so much. Heartbroken tonight, but who knows what this life would have been without you. Listening to the greatest horn part ever written tonight and wishing I could give you just one more big, big hug.

The news came as a shock to busbee’s many fans, considering how young he was. People were curious to know what led to his death, since the cause was not initially stated.

A possible cause of death was eventually reported by Variety, which cites a “friend” of busbee’s as its source.

According to the publication, this friend said busbee had been diagnosed with Glioblastoma over the summer.

The Mayo Clinic describes Glioblastoma as such:

“Glioblastoma is an aggressive type of cancer that can occur in the brain or spinal cord. Glioblastoma forms from cells called astrocytes that support nerve cells.”

My dad also passed from a Glioblastoma and it sucks. No nice words or platitudes. It just sucks and makes no sense. Hate this for his family and all his friends like you and Gwen.

The Mayo Clinic states that Glioblastoma is “difficult to treat and a cure is often not possible.” Variety reports that busbee’s friend said he started treatments after receiving his diagnosis this summer.

Pearce later took to social media with a video filmed during a concert on the eve of busbee’s passing. In that video, she addressed the crowd, telling them that busbee had been battling “brain cancer.”

She then moved into an emotional performance of the song they wrote together, “Every Little Thing.”

Yesterday morning, my mom called me to tell me of the dream she had Saturday night. She said “Carly, I had a dream busbee and I were in a room & he was playing piano for me- I told him it was beautiful.” I learned hours later of his passing. This video is from last nights show. I like to think he was playing along from that same piano. We love you, Buz. ♥️ [@chris.ashlee]

Busbee leaves behind his wife, Jessie, and their three kids, including a newborn baby girl. Our thoughts and prayers are with them during this sad time.

He may be gone, but busbee’s legacy will always live on through the music he helped create. The many artists he worked with will make sure he is never forgotten. May he rest in peace.