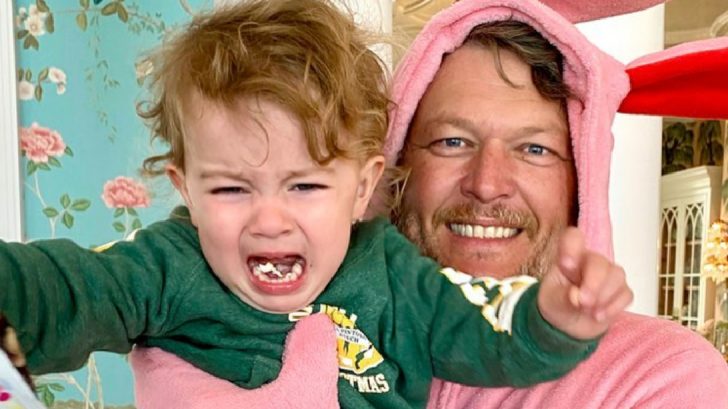 Blake Shelton was full of Easter spirit as he donned a pink bunny costume. But, not everyone was a fan.

In a pic posted to social media, Shelton’s longtime friend and fellow The Voice cast member Carson Daly shared that his youngest daughter Goldie wasn’t “sure about this Oklahoma Easter Bunny.” The pic shows the country singer in his bunny costume holding 13-month-old Goldie who is visibly upset.

According to a post made by Carson’s wife, the Daly family joined Blake and Gwen Stefani and their family at their home in Oklahoma on Saturday. Blake and Gwen reportedly returned to their Encino, California, home to celebrate Easter Sunday with Gwen’s family.

Both Blake Shelton and Gwen, who celebrated their first Easter as a married couple, shared a video of the “Austin” singer in his adorable bunny costume. Shelton appeared serious as he walked down the hall in the costume, but was greeted with laughs as he made his appearance in a room of guests. See the hilarious video below.