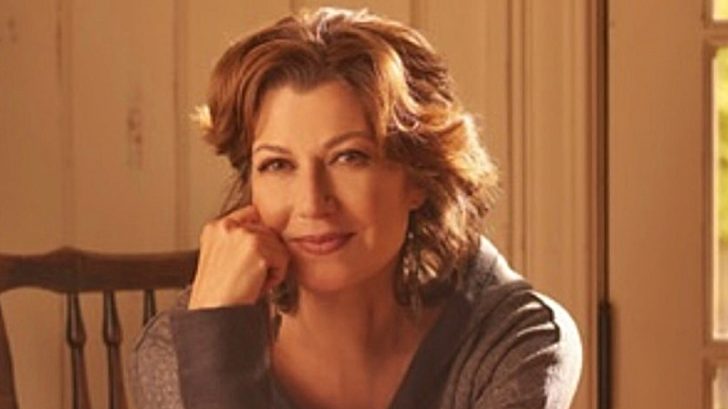 Three months ago, Amy Grant suffered serious injuries in an accident that forced her to cancel all of her fall tour dates. But, now the singer is singing once again, as seen in a new video posted to social media.

In the clip posted by Grant, she is seen singing “Have Yourself a Merry Little Christmas” to her 10-month-old granddaughter, Penelope.

“After several months of rest and recuperation, it feels good to start singing again…. especially with this precious face smiling back at me. Looking forward to seeing you on the road this Christmas,” Amy captioned the video.

On July 27, the 61-year-old hit a pothole while riding her bicycle with a friend just south of Nashville.

The singer, who was wearing a helmet at the time, was taken to Vanderbilt University Medical Center in Nashville where she was admitted in stable condition with “cuts, lacerations and bruises.”

She was released from the hospital a few days later, but canceled all of her concert dates through October. Grant’s husband, Vince Gill, told an audience during his Ryman Auditorium residency that Amy had been knocked unconscious for 10 to 15 minutes, despite wearing a helmet.

“Amy is getting stronger every day. Just as she did after her heart surgery, we are amazed at how fast she heals. However, although she is doing much better, we have made the difficult decision to postpone her fall tour so she can concentrate on her recovery and rebuild her stamina. She wants to be able to give 100% when she tours and, unfortunately, we do not think that will be the case by the time rehearsals would start for the fall dates.”

Cooke added that Grant would return to the stage in late November for her Christmas tour with Michael W. Smith and her annual “Christmas At The Ryman” residency with Vince Gill scheduled for December 12-21.

Amy Grant’s current tour schedule shows that she will be hitting the road starting November 26th for nine Christmas With Amy Grant & Michael W. Smith shows. These will be followed by 12 Christmas shows at the Ryman with Vince Gill. See all of Amy’s concert dates HERE.