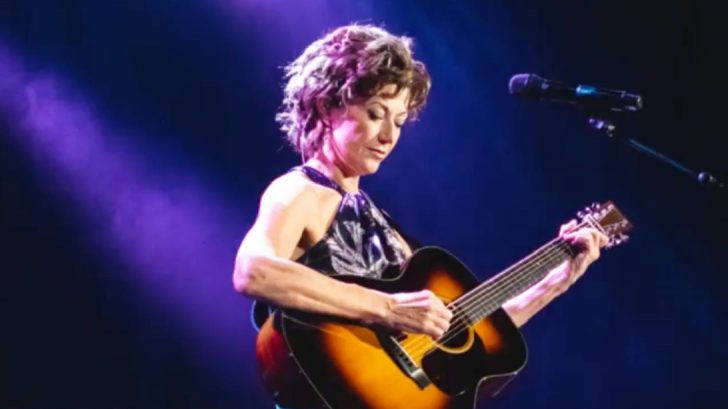 Amy Grant has postponed her previously scheduled concert dates for this fall as she recovers from injuries sustained in an accident on July 27th.

According to a statement released by her management, Grant needs more time to recover from injuries and a concussion she sustained when she hit a pothole while riding her bicycle in Nashville last month. She was wearing a helmet at the time of the crash, but was transported via ambulance to Vanderbilt University Medical Center where she was admitted. After a two-day stay, the singer was released to continue her recovery at home.

Amy Grant’s team immediately postponed her August concerts, but hoped that she would be well enough to fulfill her remaining fall dates. Unfortunately, Grant will need additional time to heal and was forced to cancel more than 20 concerts in September and October.

“Amy is getting stronger every day. Just as she did after her heart surgery, we are amazed at how fast she heals. However, although she is doing much better, we have made the difficult decision to postpone her fall tour so she can concentrate on her recovery and rebuild her stamina. She wants to be able to give 100% when she tours and, unfortunately, we do not think that will be the case by the time rehearsals would start for the fall dates.”

Cooke added that Amy will be back on stage in late November for her Christmas tour with Michael W. Smith and her annual “Christmas At The Ryman” residency with Vince Gill scheduled for December 12-21.

“Amy would like to extend her gratitude for all the many good wishes and prayers offered since the accident. She feels the impact of the collective good will extended her way. Thank you,” the statement read.

Few details about the severity of Amy Grant’s bicycle crash have been released, but the singer’s husband, Vince Gill, shared that his wife was unconscious for 10 to 15 minutes. The statement came from Gill during his 4-night Ryman Auditorium residency prior to bringing his and Amy’s daughter, Corrina, on stage to sing a tribute song to her mom.

“My bride Amy is doing fine. She had a bicycle wreck last Wednesday over in Percy Warner Park, and thank God she was wearing a helmet. She was knocked unconscious for 10 or 15 minutes.”

We continue to wish Amy Grant a full and speedy recovery. Watch her daughter Corrina’s emotional tribute performance of “When My Amy Prays” in the video below.