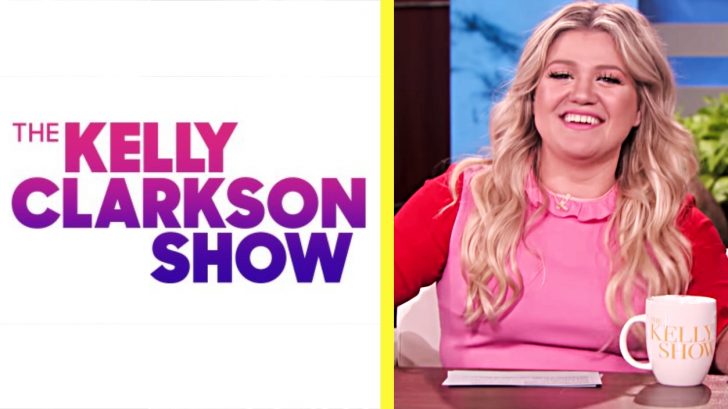 “I didn’t think I’d ever do it,” she confessed after admitting that it was clear for her to announce it after it had already been leaked all across the internet.

Taking to late-night comedy talk show The Tonight Show with Jimmy Fallon, sophomore Voice coach and inaugural Idol winner Kelly Clarkson shared all the wild and fun projects she has on her plate in the near future. Including her recently-announced tour with country princess Kelsea Ballerini and last season’s Voice winner Brynn Cartelli, she’ll also be tackling a whole new tv project!

Unlike Ellen Degeneres’ hilarious take on making her a new talk show host above, Clarkson has already gotten the green light for her own one-of-a-kind daytime talk show!

She’ll be using unique parts of her upcoming tour to augment the show’s content and involve the audience in creative new ways that will be filmed live during the tour!

Just earlier this year, Clarkson began her run on NBC’s famous singing competition The Voice and took home the win for her very first season. In the time since it’s been reported by outlets like Broadcasting Cable that NBC had pegged her for a talk show hosting gig.

Her Meaning of Life Tour kicked off on January 24th, 2019 and her new talk show has finally gotten an official start date of September 9th, 2019 on NBC.

Speaking to Jimmy Fallon about the tour, Clarkson spilled the beans on her talk show, saying that she’s going to shoot live Facebook and Instagram segments on tour to “prep for my talk show that’s gonna be next year.”

This stopped Fallon right in his tracks – so, naturally, she clarified.

“Well, it’s been leaked,” she said admitting that it was a big deal that hadn’t been announced. “I didn’t think I’d ever do it. I love talking – it’s like my favorite pastime.”

“It’s hard for me to shut up though, you know you have to listen to people who come on your show. We come on right before Ellen!”

Catch @kellyclarkson pregaming for her new talk show on the #MeaningOfLifeTour

She said that her own band will be the show’s band as well, and they’ll be singing every day on the show while involving the audience in some sing-a-longs and skits.

“If you don’t like music, you probably shouldn’t watch,” she joked sending Fallon into a fit of laughter.

According to various social media postings on the shows new social media accounts, The Kelly Clarkson Show will mix some segments from her concerts and different appearances – including her new concert feature “A Minute And A Glass of Wine.”

Watch her announcement and opening video for the show’s social media profiles below – and let us know if you’ll be tuning in! For more information, check out the show’s website KellyClarksonShow.com.