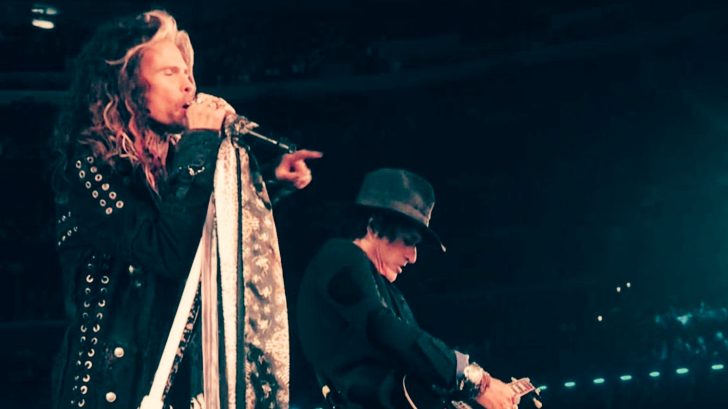 The famed 1970s rock band has roared back onto the Grammy Awards’ stage just a couple of days after performing at the Grammy MusiCares event alongside a huge number of fellow music superstars.

Aerosmith, which is still lead by frontman Steven Tyler, performed a medley of their classic hits at the 62nd annual Grammy Awards – just a week after their drummer accused them of pushing him out of the band an excluding him from the performance. (More on that here).

Performing alongside famous hip-hop and rap group Run-DMC, the famous rock band revived a collaboration that they once did way back in the late 1980s: “Walk This Way” covered by Run-DMC but featuring Steven Tyler and Joe Perry. Upon its release in 1986, the cover version actually performed better on the charts than Aerosmith’s original release.

Aerosmith then moved into their own hit “Living On The Edge” after singing “Walk This Way.” During one of the songs, Steven Tyler even got censored for language on live TV.

Beyond the wild throwback collaboration and edgy Aerosmith style, the group had snuck in a secret token to pay tribute to Kobe Bryant who was killed earlier today, along with his 13-year-old daughter and seven others in a tragic helicopter crash.

Check out clips of the performance by Aerosmith and Run-DMC during the 62nd Grammy Awards below.

Some of y'all don't know @Aerosmith and #RUNDMC and it shows! THANK YOU #grammys #grammys2020
Ive waited a lifetime to see this LIVE pic.twitter.com/JkAkpiJcqx