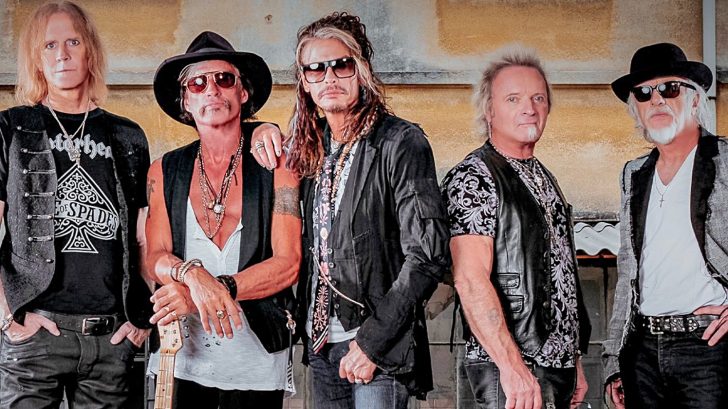 Aerosmith drummer Joey Kramer has filed a lawsuit against the band ahead of their 2020 Grammy Awards performance scheduled on Sunday, January 26th.

Watch #Aerosmith the MusiCares Person of the Year, perform at the 2020 #GRAMMYs on Sunday Jan 26th on CBS! @MusiCares @RecordingAcad @CBS pic.twitter.com/yj3xFZhqlz

Just days away from the performance, Rolling Stone reports that the lawsuit states Kramer was unable to work with the band ahead of their Deuces Are Wild Vegas Residency because he was recovering from physical injuries.

When the time came and he was ready to get back in the ranks of Aerosmith, Kramer claims he was rejected and that it went against the band’s contract.

“This is not about money,” Joey Kramer said in an official statement. “I am being deprived of the opportunity to be recognized along with my peers for our collective lifetime contributions to the music industry. Neither the MusiCares’ Person of the Year Award nor the Grammys’ Lifetime Achievement honors can ever be repeated.”

Aerosmith, too, has released a statement addressing the issue in their own words.

“Joey Kramer is our brother; his wellbeing is of paramount importance to us,” the band said in response to the lawsuit. “However he has not been emotionally and physically able to perform with the band, by his own admission, for the last six months. We have missed him and have encouraged him to rejoin us to play many times but apparently he has not felt ready to do so.”

Kramer claims that he informed Aerosmith he was ready to return but they required that he “re-audition” for the group and had to record a solo session audition with him playing along to a click-track. They also said he needed to prove he could “play at an appropriate level” which he says is completely unorthodox for the band.

Kramer says all of these requirements are outside the scope of the contract he signed and there are no provisions that say he must perform these actions in order to return. He says that he finally gave in and met their requests, but they still decided against letting him return. Kramer says that vote happened on January 15th.

“The fact that I would be asked to audition for my own job, demonstrate that I can play at ‘an appropriate level’ and play better than my temporary fill-in with a moving target of made-up standards is both insulting and upsetting,” Kramer continued on in his official statement. “Other band members and their lawyers will likely attempt to disparage my playing and claim that I am unable to play the drums right now. Nothing could be further from the truth. I did everything they asked — jumped through hoops and made both a recording of playing along solo to a recent live recording of the band — one I had never heard before, and that process was videotaped. But I did it, and I did it well. In Aerosmith’s 50-year history, no other band member has ever been subjected to this scrutiny let alone be asked to audition for his own job!”

Aerosmith, again, address his claims about being excluded from the Grammys and the forthcoming MusiCares performances by saying: “Joey has now waited until the last moment to accept our invitation, when we, unfortunately, have no time for necessary rehearsals during Grammys week.”

Furthermore, they say that having him play would be a “disservice to him, to ourselves, and to our fans” because there simply is not “adequate time to prepare and rehearse.”

“Compounding this, he chose to file a lawsuit on the Friday night of the holiday weekend preceding the Grammys with total disregard for what is our limited window to prepare to perform these important events. Given his decisions he is unfortunately unable to perform but of course we have invited him to be with us for both the Grammys and our MusiCares honor. We are bonded together by much more than our time on stage.”

It remains to be seen what will come of this lawsuit, but Aerosmith will still be performing at both events regardless.

Watch a clip below of the band performing “Dream On” during their Vegas Residency.