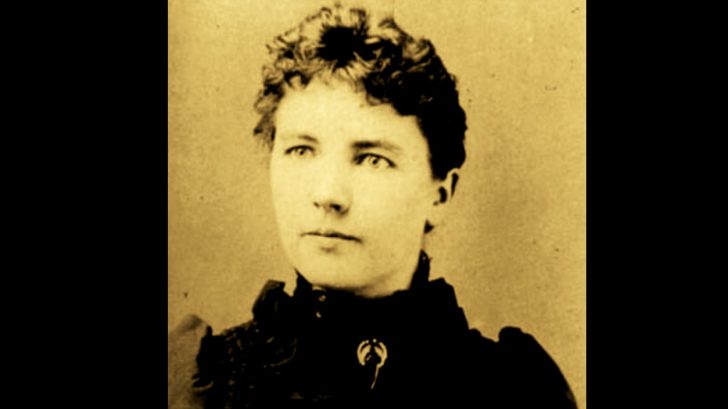 Fair Use via Wikimedia Commons

Laura Ingalls Wilder is one of the most beloved authors in history. For multiple generations, children around the world have been enchanted by her Little House books, which tell the story of her life growing up on the American frontier.

These books later served as the source of inspiration for the Little House on the Prairie television series starring Michael Landon as Charles “Pa” Ingalls and Melissa Gilbert as Laura. The series ran for nine seasons from 1974-1983.

While Laura simplified and fictionalized some aspects of her life story for her books (such as inventing the character Nellie Olseon based on three girls she knew), the television show departed even further from reality. As a result, people came to love Laura the character, not Laura the person.

Because the show and Laura’s books were so popular, many people don’t know much about the real-life Laura Ingalls Wilder. In this list, we’ll tell you six facts that will teach you more about the person she was and the life she lived.

By the end, you’ll walk away with a greater appreciation for who Laura truly was.

Laura’s family moved around a lot when she was a child. She describes several of her homes in her books, but she lived in many more places as a child than she ever wrote about.

According to Laura’s biography page on the official Little House Books website, she “had lived in at least twelve little houses” by the time she was 12. At that age, the Ingalls family settled permanently in De Smet, South Dakota.

Laura’s parents and sisters all remained in South Dakota and were buried there following their deaths. She lived there for some time after marrying Almanzo Wilder, but they eventually moved to Missouri, where she spent the majority of her life.

2. Her Husband Called Her By A Nickname

Laura’s husband, Almanzo, had a sister who was also named Laura. Because of this, he began calling Laura by a nickname from the start of their relationship.

The nickname Almanzo called Laura was “Bess,” derived from her middle name Elizabeth. In the Little House TV series, Almanzo referred to Laura as “Beth.” It’s unknown why the show decided to change this detail, but because they did, many people don’t know Almanzo’s true nickname for his wife.

Laura wasn’t the only one with a nickname! She took to calling Almanzo “Manly” early on in their courtship, and the nickname stuck.

3. She Had A Brother Who Died As A Baby

Most people know that Laura had three sisters: Mary, Carrie, and Grace. But few people have any clue that Laura also had a younger brother named Freddy.

The reason why not many people know about Freddy is because Laura never mentioned him in any of her Little House books. She did mention him in her autobiography, Pioneer Girl, but that book wasn’t released until 2014.

Freddy was also mentioned in one episode of the Little House TV series. But those who didn’t watch the show probably never knew that Laura had a little brother.

4. Her First Book Was Rejected

Hear the story of Pioneer Girl by Laura Ingalls Wilder. See you Downtown on Sunday at 2 p.m. http://t.co/f8IiYyaD15 pic.twitter.com/Hw6sCgdGJf

Speaking of Laura’s Pioneer Girl autobiography, that book was initially rejected by publishers.

Pioneer Girl was the first book Laura ever wrote. She was over 60 years old when she finished the project after being encouraged to do so by her daughter, Rose Wilder Lane.

The autobiography goes into detail about Laura’s childhood and her many moves across the country. Rose, who was a writer herself, “tried for several years to place her mother’s book with a publisher but couldn’t land a deal,” Jim Higgins writes in an article for The Journal Sentinel.

But Pioneer Girl didn’t go to waste. Instead, it inspired Laura to take her life story, expand it, and turn it into a children’s book. She started with Little House in the Big Woods, and the rest is history.

Pioneer Girl was finally published in 2014. It was annotated by the South Dakota Historical Society and includes photos of Laura, her family members, and friends.

5. She Outlived All Of Her Siblings

As we mentioned earlier, Laura had a little brother who passed away when he was a baby. Her sisters, Mary, Carrie, and Grace, all survived into adulthood…but Laura outlived them all.

Mary, Laura’s older sister, died in 1928. Their younger sisters Carrie and Grace passed away in 1946 and 1941, respectively.

6. She Didn’t Want Her Books To Be Movies

If Laura was still alive in 1974, she never would have approved of the Little House TV series. One of her friends, Neta Seal, spoke about how Laura reacted when she was asked if one of her books could be made into a movie.

“One time there were some people come down here,” Neta said, as quoted by author Dan L. White in the book Living Up the Road from Laura Ingalls: With Excerpts from Seven Books about Her. “…they wanted to make a movie of ‘The Long Winter’…she told them she wouldn’t sign any rights for them to make a movie of it, until she read the script that they were going to use.”

Neta said when they brought the script to Laura, she was upset to see they changed some of the details. When she asked them why they made changes, they told her it was to make the story “more interesting.”

“She said ‘No. The children will read my books, and watch this movie, and they won’t know which is right. My books are just like I lived them,'” Neta recalled Laura saying.

As long as she lived, Laura never approved of her books being adapted into a movie. So she certainly wouldn’t have approved of them being turned into a TV show, either.

Considering the changes the Little House show made to Laura’s story to make it entertaining for TV, it’s unlikely she ever would have signed off on the project.

On top of that, Laura never owned a TV! As Dan L. White wrote in his book, “Since she could certainly afford one, not having a TV was obviously a deliberate choice on her part.”

Which one of these facts about Laura Ingalls Wilder did you find to be the most surprising? We still can’t believe that her first book was rejected for publication!

But it turned out in Laura’s favor, because that rejection led to her writing her Little House series, and made her one of the most famous authors in history.