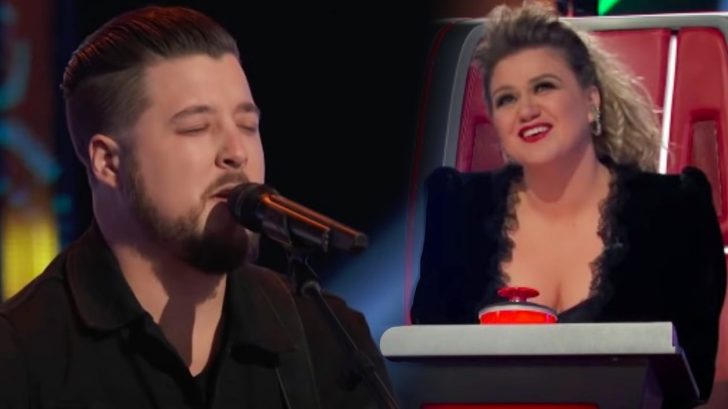 Not every audition on The Voice ends with a chair turn. While it’s sometimes sad to see these no-turn auditions, The Voice still shows a handful of them each season.

During Season 20, one artist named Jesse Desorcy aimed to catch the coaches’ attention with his cover of David Lee Murphy’s #1 country hit, “Dust on the Bottle.”

“Dust on the Bottle” was released in 1995, and was Murphy’s only #1 hit until his collaboration with Kenny Chesney, “Everything’s Gonna Be Alright,” topped the chart in 2018.

Since “Dust on the Bottle” was a major country hit, Desorcy was under a lot of pressure to pull off his cover when he sang it on The Voice. While there’s no way of knowing exactly what he was thinking, he was likely hoping to at least get Blake Shelton to turn his chair, since Shelton understandably favors country singers on the show.

But unfortunately for Desorcy, Shelton’s chair never turned. By the time he sang the final note, all four coaches remained facing away from him.

However, Desocry had no idea how his audition turned out. As he revealed when he started speaking to the coaches, he is legally blind, so he didn’t know how many chairs turned, if any.

Kelly Clarkson was the one who had to break the sad news to Desorcy that none of the coaches turned for his performance:

“There aren’t any chairs turned for you, but, the reason I wanna tell you why is because there were just some pitch issues that I didn’t know if it was gonna be a regular thing or if you might just be a little nervous,” Clarkson said. She ended her commentary on a positive note, remarking, “But dude, you just like rocked my little country girl heart, I love that song so much.”

Shelton agreed with her, telling Desorcy, “You were singing sharp a lot. Maybe you should have brought the key up a little bit. It kept me from hitting my button.”

The coaches then wished Desorcy the best of luck before sending him on his way. Tune in to the video below to see his audition, and let us know if you think the coaches made the right decision.