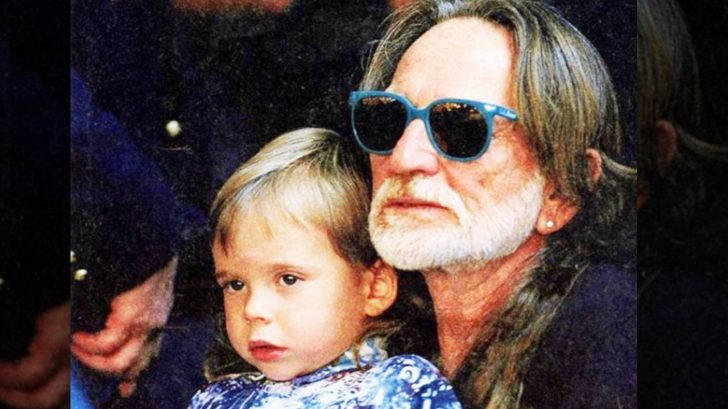 Because of the momentous occasion, many artists took to social media to pay tribute to the Red Headed Stranger.

Dolly Parton shared a cute photo of her playing with Willie’s signature braids and wrote, “A great friend is one you can share hair tips with ? Happy birthday, [Willie Nelson]!”

A great friend is one you can share hair tips with ? Happy birthday, @willienelsonofficial!

Willie’s “Beer For My Horses” collaborator sent him a video message on Twitter. Watch it below.

Not only did he receive birthday wishes from his peers and fans, but they also came from his family! His son Lukas shared a sweet photo of him and his dad from 1992 Farm Aid. He was about four years old in the photo.

Today is no ordinary day, it’s @willienelsonofficial ’s Birthday! Here’s a great photo of us from @farmaid in 1992. You’ve always been my hero. Happy Birthday, dad! ❤️ ~ Lukas

Lukas often shares sweet throwback photos from his childhood, like this one of him, his father, and younger brother Micah.

Willie and Lukas have been spending lots of time together these days, as they are quarantined together. To pass the time, they have been playing lots of music and luckily, they’ve been sharing some of their jam sessions with us!

In an Instagram video posted on April 17, Lukas, Willie, and Micah teamed up to play a song called “Just Outside Of Austin,” which was originally released by Lukas and his band, Promise of the Real.

I loved playing this song with my dad @willienelsonofficial and brother @particlekid for #Tilfurthernotice back in March. On THIS Monday we will all hang out again for @luckreunion' s #ComeAndTokeit It will all kick off 4/20/20 at 4:20pm with a mini-marathon of entertainment provided by Cannabis friendly artists, musicians, scientists, and comedians to help make the best of feeling "hot boxed" See ya there!