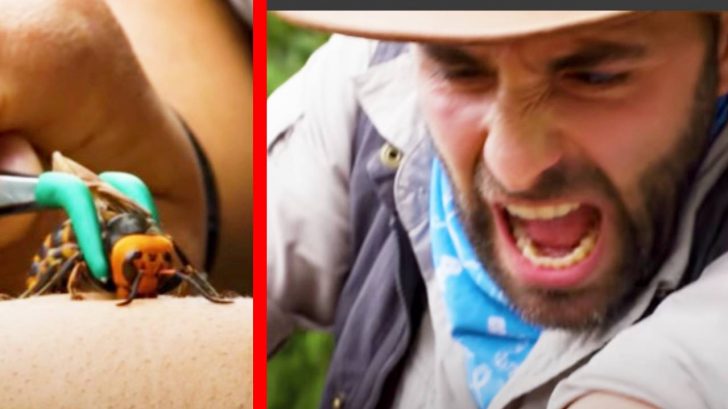 Asian Giant Hornets have been spotted in the United States for the first time. Known as “Murder Hornets,” the bees are the largest hornet species in the world, growing over two inches long.

Scientists say that the hornet isn’t an immediate threat to humans because there aren’t many of them currently in the United States. They also don’t attack humans unprovoked, but around 50 deaths are reported from Murder Hornet stings every year in Japan.

The hornets carry a neurotoxin called mandarotoxin and it takes more than one sting to inject a fatal dose into a human. According to retired NYPD beekeeper Anthony “Tony Bees” Planakis, a single sting isn’t likely. He adds that inside their venom “is a pheromone, which is like a magnet to other hornets. So you can get swarmed just from getting stung by one.”

The biggest threat Murder Hornets have is on the bee population. They have the ability to wipe out entire bee colonies within hours.

Coyote Peterson, who is known to his fans and followers as “The King of Sting,” took on the daunting challenge of actually letting one of these “Murder Hornets” sting him back in 2018. The videos of him doing so have re-surfaced this week, due to the news of the hornets arriving in the US.

The video starts with Peterson holding the hornet with a pair of tweezers, getting ready for it to sting him and once it does, he immediately shouted, “Searing pain!”

The stinger actually went into his arm, and it began swelling and stayed incredibly painful for over 20 minutes.

“No relief yet,” he said after a while. “It’s just a matter of harnessing the pain, controlling the level of pain, and rolling around on the ground and screaming at this point.”

He said at one point, a wave of pain came over him and he “almost didn’t feel what was happening.”

Peterson showed side-by-side images of his left arm and right arm, and the arm that was bitten was significantly more swollen, from his fingers to his bicep, and was extremely discolored. He has since recovered from this bite and has been bitten by many insects since!