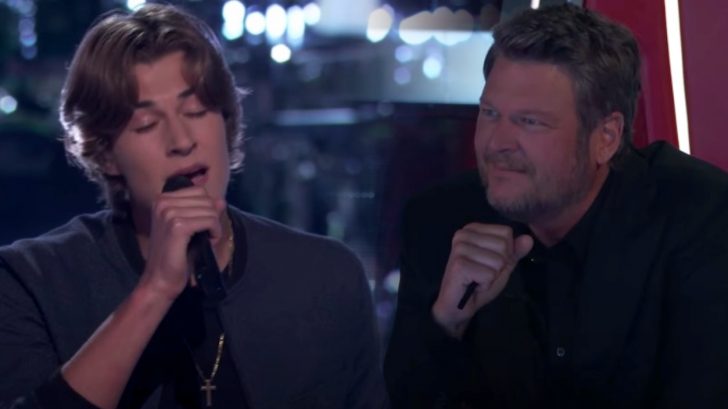 Brett Young released “Mercy” in February 2018 as the fourth and final single off of his self-titled debut album. The song, which was cowritten by Young and Sean McConnell, reached the #1 spot on the Billboard Country Airplay chart.

“Mercy” was one of the most popular country songs released in 2018. It ranked at the ninth slot on the year-end Hot Country Songs chart. On top of that, the song has been certified 4× Platinum by the RIAA.

Young’s official music video for “Mercy” was nominated for a CMT Music Award for Video of the Year.

Fast forward four years….a singer named Brayden Lape performed a cover of “Mercy” on Season 22 of The Voice. Lape was competing during the knockouts, and had to sing against two of his fellow contestants from Team Blake.

The teen wowed the coaches with his passionate performance of “Mercy.” Of course, it mattered most what his coach Blake Shelton thought of his performance. It seems Shelton was a fan…because he ended up naming Lape as the winner of the knockout!

Shelton complimented the tone of Lape’s voice. He also expressed how proud he is of the growth Lape has demonstrated so far. See why Shelton loved Lape’s performance by watching him sing “Mercy” in the video below.

We wish Lape the best of luck as he advances on to the live shows!